'Old Number 8' as this SS100 is know is probably the most famous racing SS100 ever built. We will have it on desplay at E-Type 60 on the 12th and 13th of June at Shelsley Walsh.

'Old number 8' started life as a 2.5 litre SS100 road car, chassis number: 18008 and was registered as BWK77. It was first raced by Tommy Wisdon with his wife 'Bill' as navigater in the 1936 International Alpine Trials where it took first place and played a significant role in promoting SS-Cars motorsport profile. Tommy Wisdon went on to have a long relationship with Jaguar racing an XK120 and a C-Type. He is even credited as giving Stirling Moss a step up in his career by lending him his XK120.

The car was modified by Jaguar's experimental engineer Walter Hassan, removing
the wings and creating the rounded tail with the aim of producing a Brooklands racer and hill climb car. In 1937 Hassan built a 169bhp 3.5 litre pushrod engine with a 14:1 compression ratio. This engine was a significant inspiration to Bill Heynes when he set himself the target of creating a 160+bhp engine which would become the XK engine we know and love in our XKs and E-Types.

In the 1970s the car was modified further and fitted with a supercharger in order to take part in VSCC events. Today the car continues to be used and went up the hill here at Shelsley Walsh as part of XK70 in 2018. 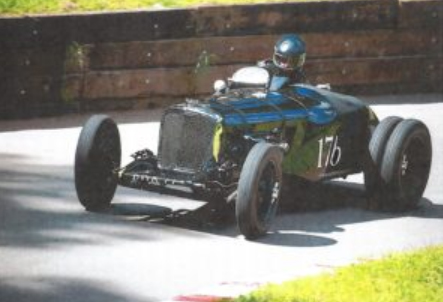 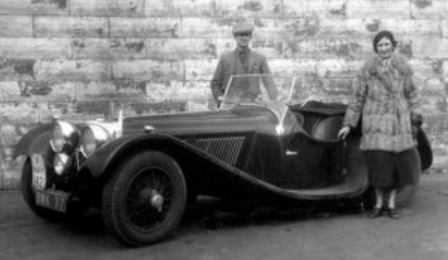 Tommy and 'Bill' Wisdom with BWK 77 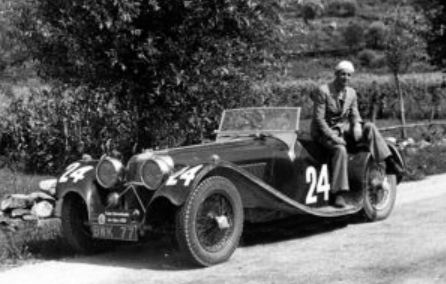