This Jaguar XK140 drophead coupe is an original UK, right-hand drive car. Being a genuine SE (special equipment) model, it is one of very few XK which would have had wire wheels and spotlights from new. The car was sold by A Robinson of Cambridge to a Dr John S H Wilson of Hertfordshire and was originally finished in Birch Grey with a French Grey hood. The car's history file includes the very rare original logbook which records the history of the car up to 1974. The previous owner went to great lengths to research the car's history and had a wonderful article about it published in XK Gazette in 2017.

The excellent history file records all nine keepers of the car from the past six and a half decades and details the car's rich history. Charmingly the history file has much detail on the car's fourth owner, Michael Stockbridge, who is responsible for saving the car from being scrapped in 1968. He refurbished the car on a budget and swapped the engine for a MK VII unit.

Between 2009 and 2011 the car was restored here at Twyford Moors. There is a photographic record of this restoration which shows it as a full body off chassis restoration. At this time the car was extensively upgraded including a five-speed gearbox, disc brakes, alternator, electric cooling fan and much more. For comfort, the car also features bucket seats (the originals are available) and colour-matched inertia seat belts with chrome buckles.

In recent years the car has become well known on the club scene. It has taken part in several tours and events including XK70 and the 2019 Round Britain Coastal Drive.
If you are looking for an exceptionally well-presented and well-appointed classic car then look no further. The upgrades this car features make it an effortless pleasure to drive and ideally suited to long-distance touring as well as fun on B roads. The exceptional paint job and deep red colour of this car make it a real head turner. This XK really is very hard to fault. 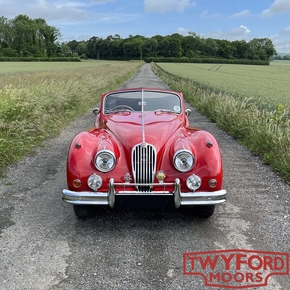 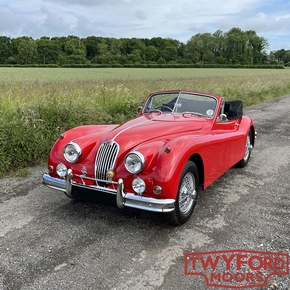 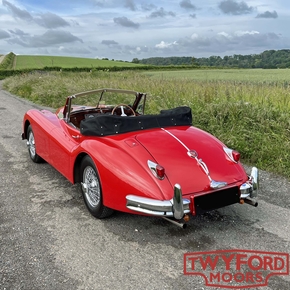 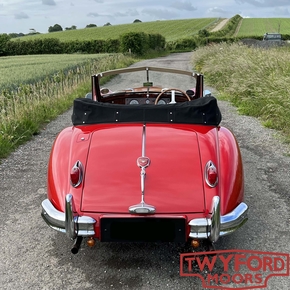 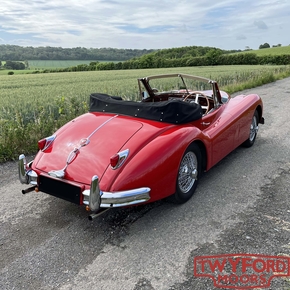 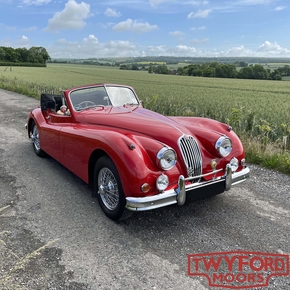 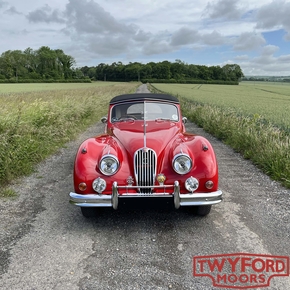 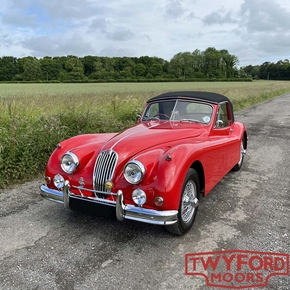 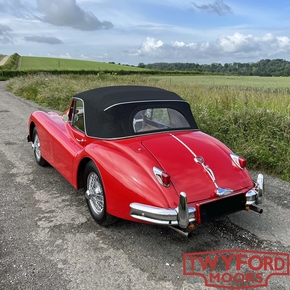 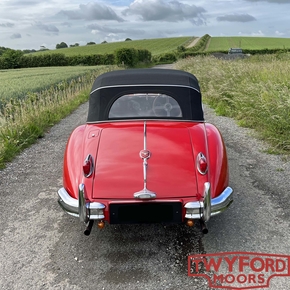 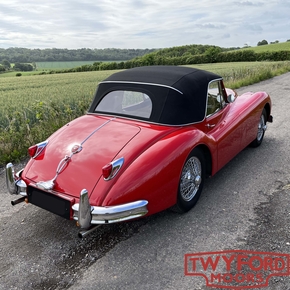 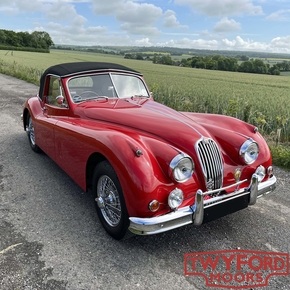 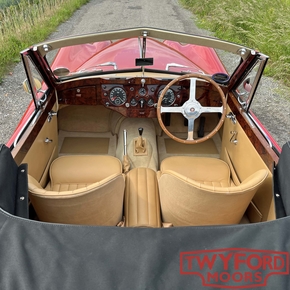 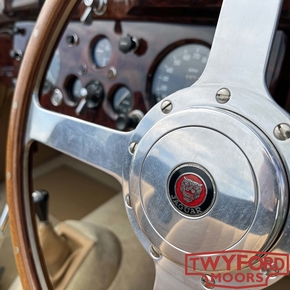 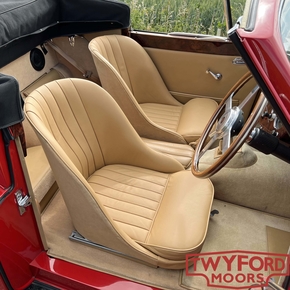 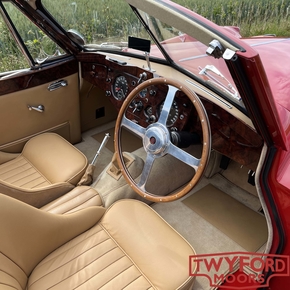 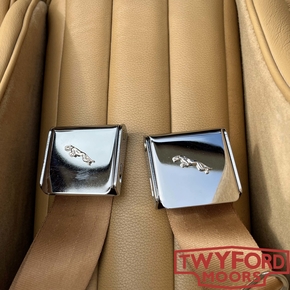 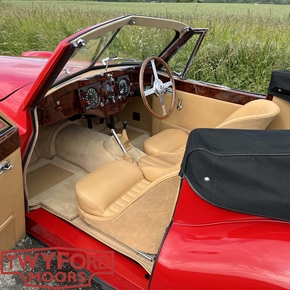 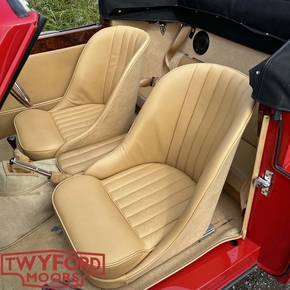 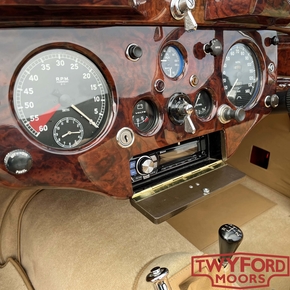 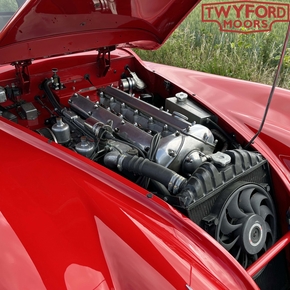 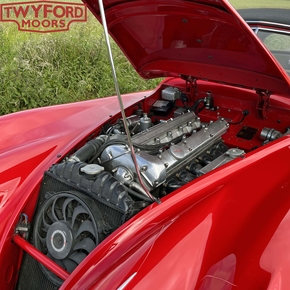