This is an original UK XK140 OTS (roadster) making it one of only 73 to be built in right-hand drive and 43 built for the UK market. This rare car has a well-documented history and has been restored to a very original specification.

The car was supplied by the Jaguar factory to the Imperial Motor Mart in June 1957. It was first registered on the 11th of July 1957 in Hertfordshire to Burgess (Minerals) Ltd. The car benifits from a 'C-Type' cylinder head and wire wheels from the factory and was finished in Pastel Blue. Within a few weeks the car had been transferred to Mr Parsons of Cardiff and he transferred his personal registration 'LXO1' to it.

In 1969 the car was purchased by Mr Ian Campbell in 1969. He was a dedicated Jaguar enthusiast and set about restoring the car to its former glory. This was a full nut and bolt restoration and the history file contains a photographic record of this process. It was at this time that the colour was changed to Old English White with Red interior.

Today this XK140 is well presented with full wet weather equipment and remains in standard specification including drum brakes and cross ply tyres. The only upgrade on the car is the very sensible addition of an electric cooling fan. This is a rare opportunity to own an original UK Jaguar XK140 OTS. 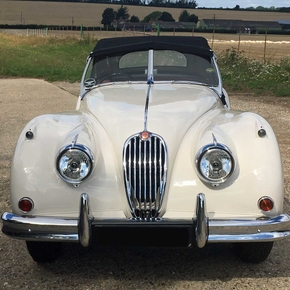 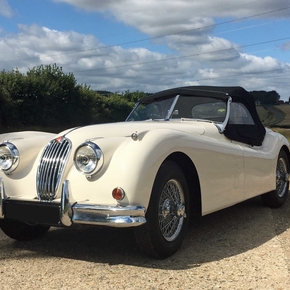 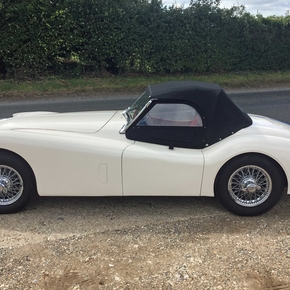 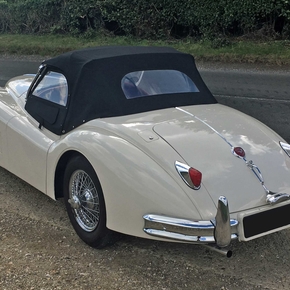 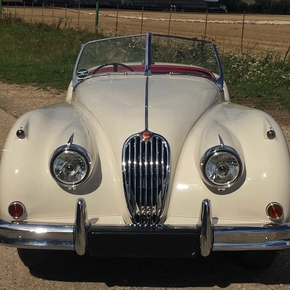 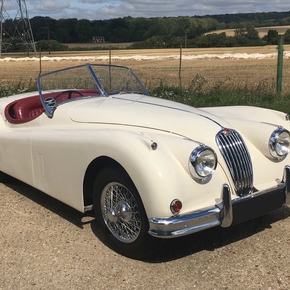 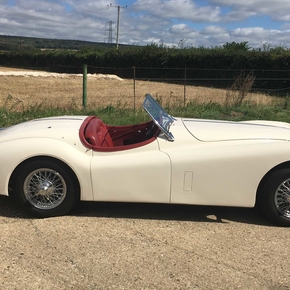 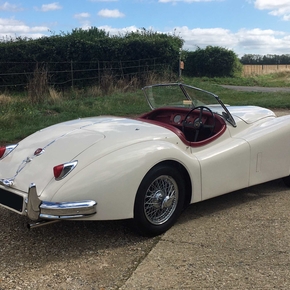 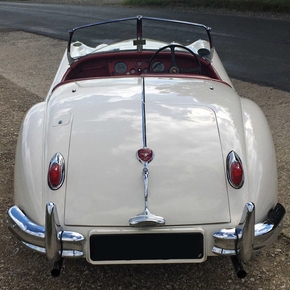 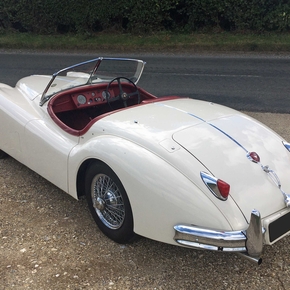 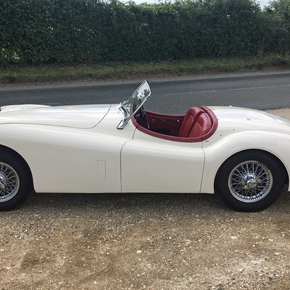 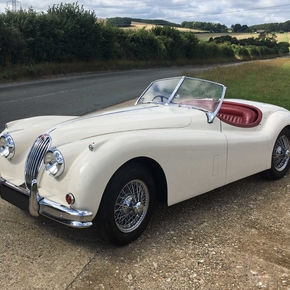 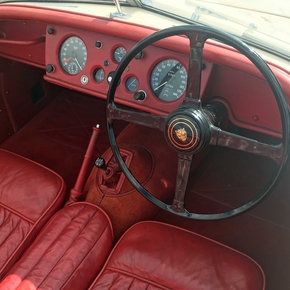 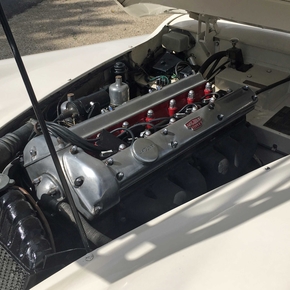