E10 fuel and your classic car

The UK government has announced that it intends to introduce E10 fuel as part of its target to reach net zero carbon emissions by 2050. The Transport Secretary, Grant Shaps, announced that the move to E10 grade petrol could save as much as 750,000 tonnes of CO2 per year and estimates that as having the same effect as removing 350,000 vehicles from the road.
We have been following developments on the introduction of E10 fuel with some interest for a few years and having many customers who tour with their cars around the world we have already seen the effects it can have. In this article, we will try to answer some of the frequently asked questions about E10 fuel and how it may affect your classic car. 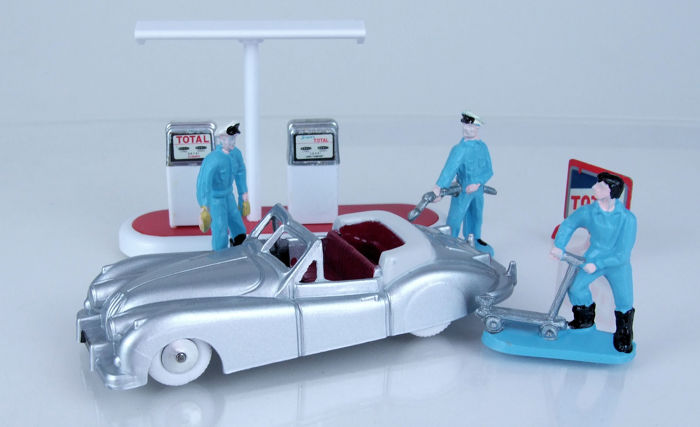 E10 petrol is a blended fuel product containing up to 10% bio-ethanol (alcohol). Petrol in the UK already contains up to 5% bio-ethanol. What's more, if you have taken your car on a tour to Europe or further afield, you have probably already used E10 fuel as the UK is well behind the rest of the world in its introduction.
The bio-ethanol which is blended with petrol to produce E5 or E10 grade fuels is produced from crops such as sugar beet and as such isn't a fossil fuel and is, therefore, a renewable fuel source although it still produces CO2 emissions.

Does E10 fuel cause issues in Classic Cars?

E10 fuel can cause several issues, not just for Classic Cars, but for many cars over ten years old. Here we will mainly focus on how it affects Classic Cars and specifically XKs however these issues largely translate across to other older vehicles.

Most of the issues E10 fuel causes are due to the ethanol content in the fuel and the effect this can have on components of the fuel system. It is of course once again worth noting that we have had ethanol in our fuel for some years already (and at this higher quantity if you have driven abroad) so many of these issues may have already occurred and been resolved.

The most common and immediately apparent problem is that ethanol has a corrosive effect on rubber (and cork) components such as hoses and seals which do not conform to a modern standards. This can cause clogged fuel lines and filters and in extreme circumstances can cause hoses to split and leak. For some years now all the fuel hoses we use have conformed to modern standards and as such our restorations and cars where we have replaced fuel lines on should not be affected in this way. Indeed, if your fuel hoses are so old that they will be affected it is most likely wise to consider having these parts upgraded anyway.

Ethanol can also become acidic if it comes into contact with water. This can corrode fuel tanks, carburettors and other components causing any number of problems. This will be particularly problematic for cars stored for long periods without running.

In addition to the corrosive properties of ethanol, E10 fuel can also have a direct effect on the way your engine runs. E10 fuel contains more oxygen than regular fuel. This will cause the engine to run lean as though it is sucking in more air. This can be easily remedied, particularly with adjustable jet carburettors such as SUs, by adjusting the air/fuel mixture. This does mean that you have to choose to run the car on E5 or E10 fuel as switching between will cause the car to run rich or lean depending on how it is tuned.

What can be done to mitigate the problems caused by E10 fuel?

As already mentioned upgrading all the components in your fuel system to materials which are ethanol resistant will resolve many of the issues that E10 and even E5 fuel may cause. Which components will need changing will vary greatly from model to model and between each individual car depending on when/if it was restored and the specification to which it was built. We offer a range of products to bring your XK up to E10 standards including aluminium fuel tanks, new fuel hoses and modern fuel pumps. If you would like to have your car assessed and upgraded for E10 fuel please get in touch.

The next issue to address is water getting into the fuel system and storage. The first step here is to check that your fuel tank seal is in good order and replace this. Another issue on XKs is blocked water drain holes inside of the filler flap. This is a very common problem on XKs and can allow water to build up around the filler neck. Beyond these mitigations, one could consider ensuring the car is stored with either a completely full or completely empty fuel tank to minimise the risk of the fuel reacting with water and causing problems.

The hardest issue to resolve is the effect that E10 fuel can have when the car is stored for a long time. This can cause damage to any number of components but is a particular danger to carburettors. The best way to mitigate against this is to ensure the car is started and run throughout the storage period and has fresh fuel put in. There are also a number of additives on the market which you can add to your fuel and run through the car which claim to provide protection. There are also specialist ethanol-free storage fuels which can be run through the fuel system to avoid storage issues. We are currently researching different additives so please get in touch and we can make recommendations on what may work best.

Are there any alternatives to using E10 fuel?

The government has said that E5 fuel will remain available even after E10 comes onto the market. This is most likely going to be in the form of premium unleaded which is ideal for XK owners as this is generally what we recommend is used in an XK anyway. This means that in the short term at least, there are no major worries for classic car owners. In practice, however, there is the possibility that E5 fuel will disappear from the forecourts quite quickly. Just cast your mind back to when unleaded petrol was introduced and it was said that four-star would remain available for those cars which needed it. It wasn't too long before four-star disappeared. Ultimately if the only demand for E5 fuel is coming from the relatively small classic car market it seems unlikely that oil companies will continue to supply it.
It is also worth considering that if you plan to drive in Europe or further afield that you will be forced to use E10 fuel. In this case for all the reasons above it is well worth having your car set up and ready to run on E10. 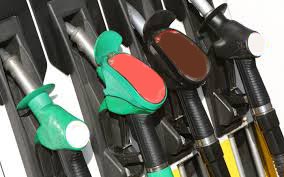 Are there any benefits to E10 fuel?

Although E10 fuel has been portrayed as 'a disaster' for classic cars, there are many mitigations which can be put in place to deal with the potential problems and there are some potential positives to using E10 fuel.

The headline upside to E10 fuel is that it is better for the environment one would hope all would agree is a positive thing. Moreover, being a renewable fuel source, it is safeguarding the future of classic cars running internal combustion engines. If we reach a point where we can no longer sustainably or cost-effectively run these cars on fossil fuels, we will need an alternative.

Beyond its eco-friendly credentials, there is credible research which suggests that E10 fuel may actually be better for your classic car's engine. A major issue caused by modern fuel mixes is called cyclic variability. Cyclic variability causes cylinder pressures to scatter and in severe cases can cause fuel to burn or misfire. This can lead to increased fuel consumption and pollution, lower power output and in extreme cases hotspots causing damage to the engine. Ethanol has been shown to significantly reduce cyclic variability and could therefore make your engine run better and last longer.

In researching this article, we also discovered that using ethanol in fuel is nothing new. Back in 1908, the Ford Model T was offered with an option for adjustable carburettors so you could run it on ethanol-blended fuel. In 1921 British engineer Harry Ricardo issued a patent for new racing fuel containing ethanol and he went on to launch Cleveland Discol in 1928 which provided ethanol-blended fuel. Cleveland Discols fuel was sold for 40 years up to 1968.

Is E10 fuel going to be a problem for my XK?

E10 fuel can cause several issues for classic cars and the Jaguar XK range is no exception but the good news is there are a number of measures which can be put in place to stop these issues before they happen. It would be wise to get ahead of any potential problems by having your fuel system checked over as your car is most likely already running on E5 fuel.

The most important aspect is to give careful thought to any periods when the car is not going to be used. Can you fill the tank to the brim or ensure that it is almost empty? Can you add fresh fuel and run the car periodically to get that through the fuel system? Should you consider putting an additive in and running that through the system if you will not be able to run the car for a long period?

Ultimately E10 fuel does not need to be a problem and, in our view, is not the classic car boogieman which some have made it out to be. Please get in touch with us to discuss your car and book an assessment. 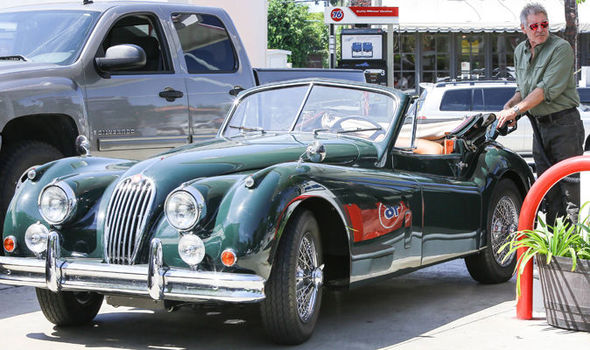 Harrison Ford isn't worried about filling up his XK140