We are delighted that as of Monday the 12th of April we will be reopening our showroom in line with Government guidance. We very much look forward to being able to welcome customers back. We will continue to maintain Covid safe procedure and ask that all visitors to the site do the same. In particular we ask that any visitors wear a facemask (unless they have a medical reason not to), maintain social distancing and do not enter areas of the site where our staff are working (such as the workshops) without being invited to do so. Our staff will be maintaining the same standards to keep everyone safe. All viewings will remain by appointment only so please do get in touch if you would like to book a time to view our stock. When you arrive at Twyford Moors please remain outside and telephone the office for someone to let you in the front door.
In this weeks' update we have a look at a couple of E-Types, a couple of XKs and we look forward to one of our restorations appearing on television this Sunday. 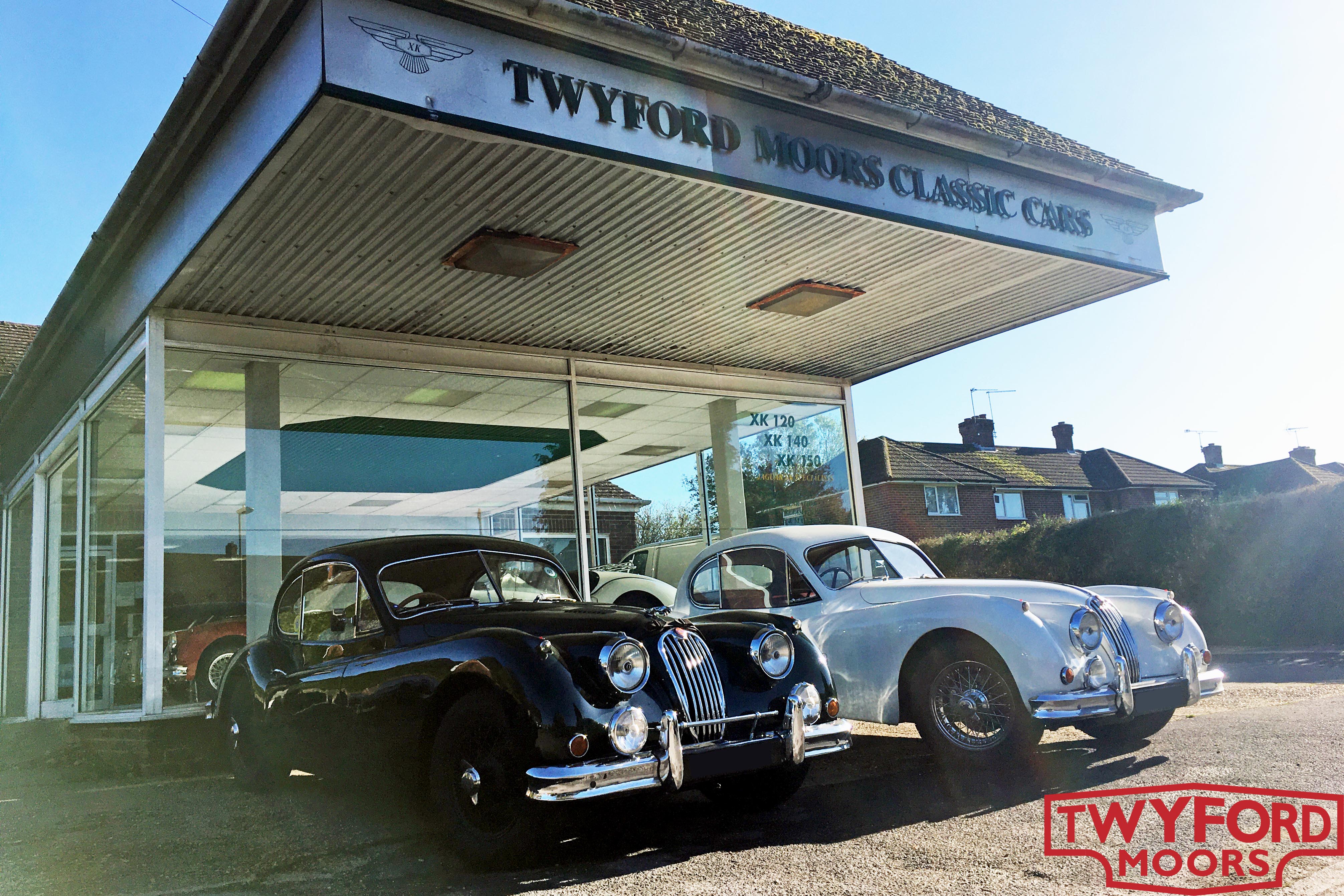 Secrets of the Supercars - Jaguar XK120

Last summer we were paid a visit by the charming Titch Cormack along with a film crew from Two Four Media. We couldn't divulge details at the time but we are delighted to now be able to announce they were here visiting our fully restored Jaguar XK120 OTS. This stunning car is an exceedingly rare and early aluminium bodied example which we finished restoring in 2019. It was featured in the Freddie March enclosure at the Goodwood Revival that year. The XK120 was chosen for the filming of a series that explores the quickest cars through history, comparing cars of the day with todays' supercars.
In the first two episodes they have looked at modern Hypercars and top of the range 4x4s. Our XK120 will feature in episode three which is scheduled for Sunday the 11th of April at 7pm. It will also be available on UKTV Play after this to be watched at your leisure. 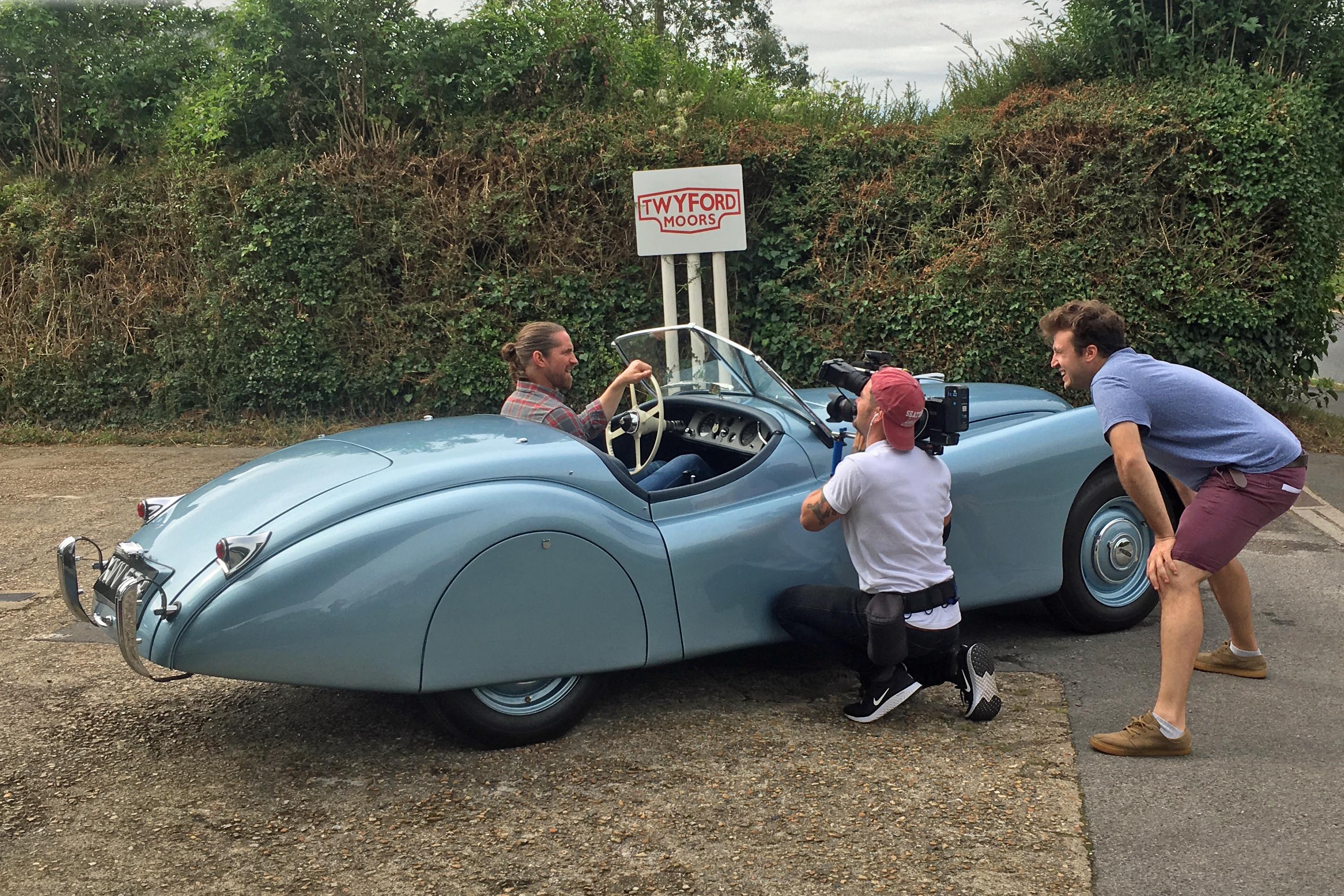 The Jaguar E-Type is one of the finest driving cars ever designed when in good order. Unfortunately worn suspension bushes can drastically compromise both the ride and handling on an E-Type. When we inspected this E-Type we found that the original type rubber suspension bushes were badly perished resulting in play in the front suspension. We are now carrying out a front suspension rebuild of the car using modern polyurethane suspension bushes. These modern bushes provide improved ride and handling as well as lasting much longer than the original bushes cutting down on future servicing costs.
Jaguars of the 1950s and 1960s were exceptionally engineered cars for their era and really should handle well. If your Classic Jaguar isn't driving as it should, be it an E-Type, XK120 or a MK2 saloon, please get in touch to book your suspension in for a check over. 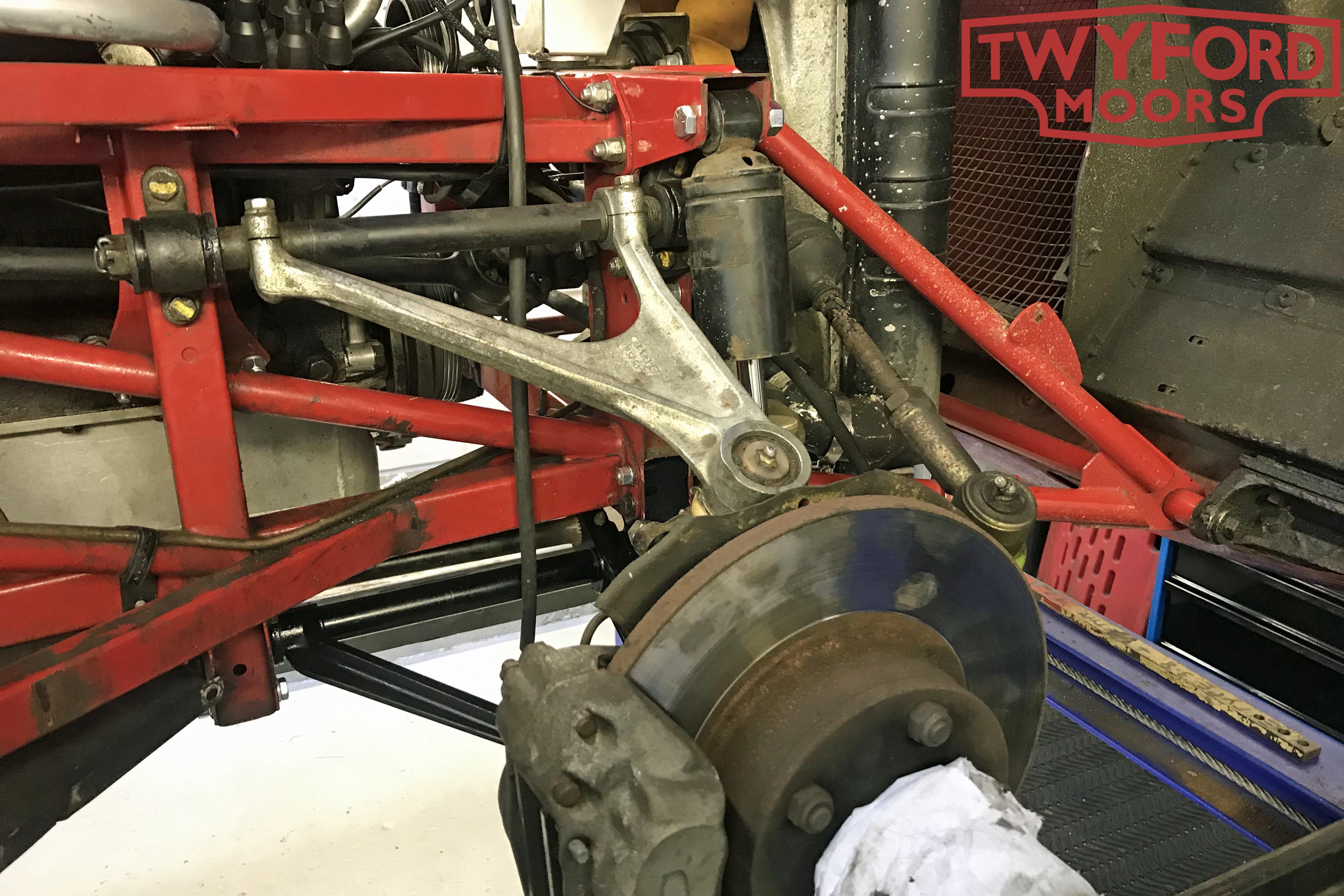 This Jaguar XK150 is with us for its annual service, check over and MOT. The car has been significantly upgraded including a fast road engine with straight port cylinder head and triple carburettors. On this occasion the owner wanted to go the extra mile and is having the front suspension rebuilt with polyurethane bushes, uprated antiroll bar and freshly powder coated suspension parts. We are also going to be giving the car a rolling road tune. This process allows the engine to be run up as if under real world driving conditions giving our mechanics the opportunity to tune a car up for 'real world' conditions. A rolling road tune allows us to get the most out of an engine, both in terms of performance and economy. It also allows for accurate power output measurements to be taken. 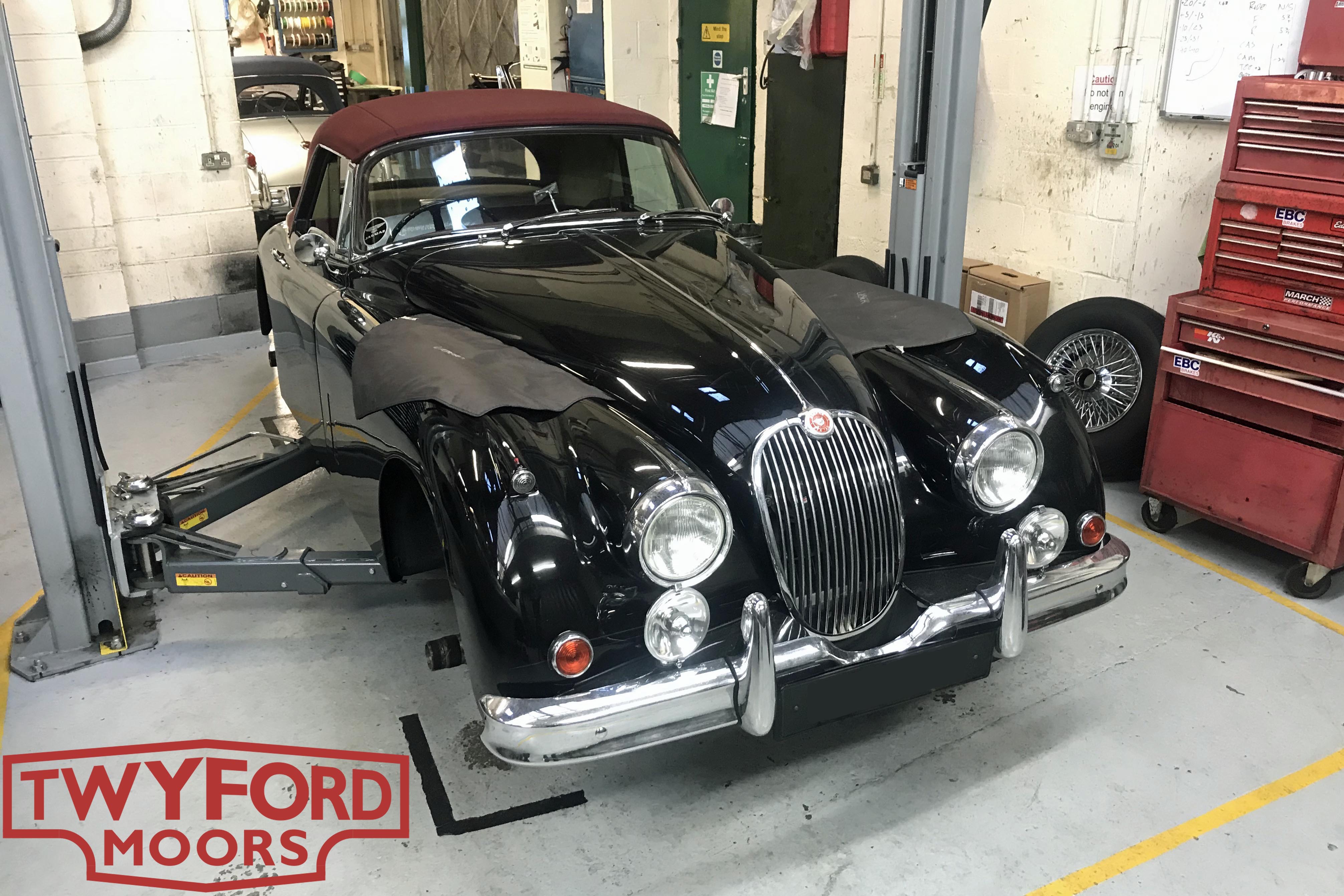 This Jaguar E-Type has spent the cold, damp and salty winter months safely tucked up in our storage facility. The owner is now looking towards restrictions easing and getting some use out of the car. When customers collect their cars from long term storage with us, we get the cars out of the store and give them a thorough check through before collection. In this case the cars annual service and MOT has been aligned with it coming out of storage each year so the car was prepared accordingly before collection.
This E-Type will be attending E-Type 60 at Shelsley Walsh on the 12th and 13th of June. This E-Type Club event celebrates the 60th birthday of the E-Type and incorporates the XK Club, other classic Jaguars and will even host a large contingent of Minis. We are proud to be sponsoring the event and will be on hand throughout the weekend to chat all things Classic Jaguar. 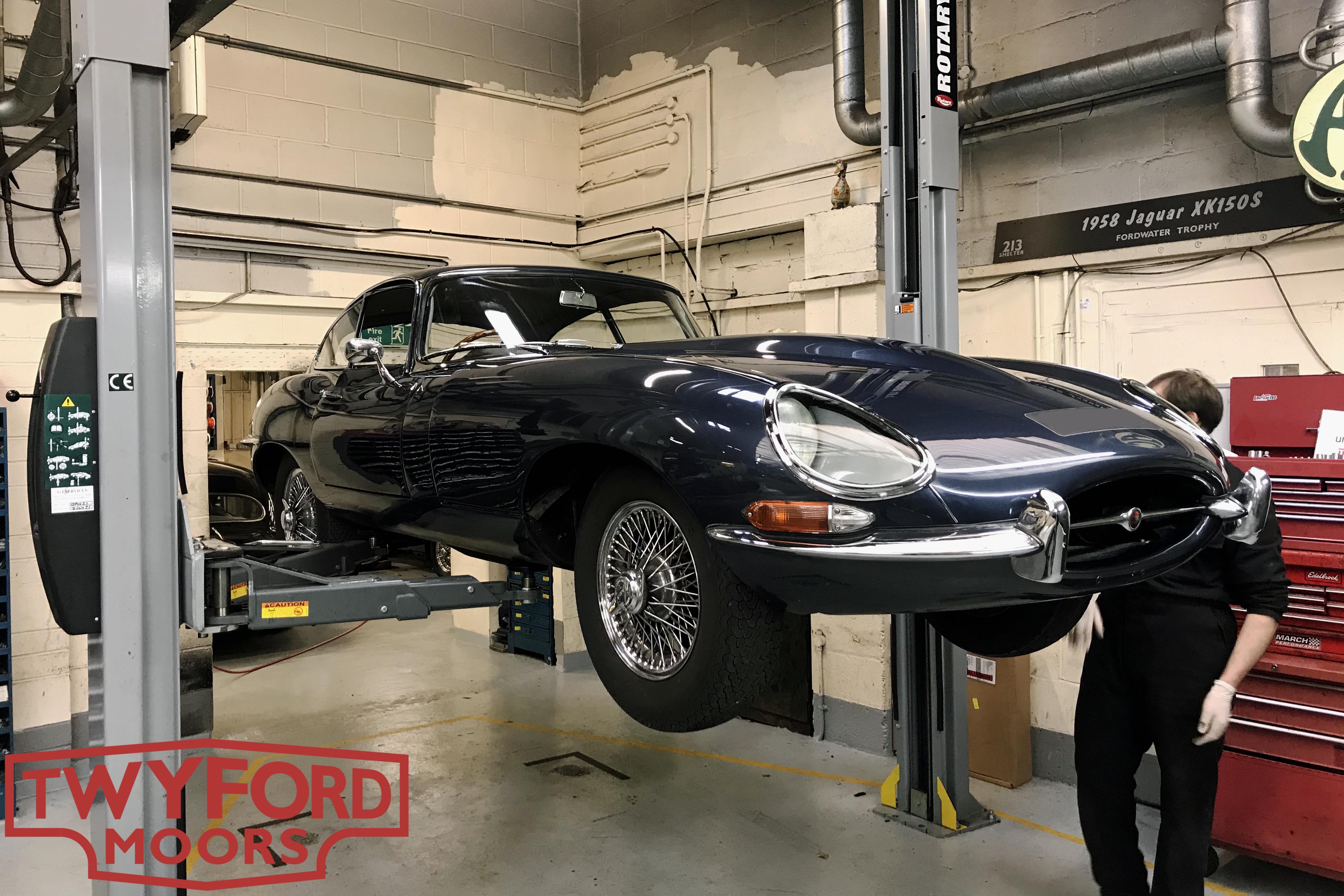 Although we are best known for our XKs, E-Types and other classic Jaguars we see all sorts of different classic cars at our Hampshire workshops. In recent times we have had everything from Aston Martins to 2CVs in for work. We are always happy to help classic car owners of all sorts so please feel free to get in touch if you are looking for a local and trustworthy classic car specialist.
This week we had this lovely Bentley 4 Â½ litre replica pay us a visit. This wonderful machine has a replica Le Mans bodyshell but has the chassis and mechanics from a 1950's Bentley underneath. This makes it much easier to drive with hydraulic brakes and a conventual pedal layout. She even has heated seats which I think were probably very much needed as it was 1 degree when this pulled up. It really is a wonderful machine, and we could not resist sharing a photo. 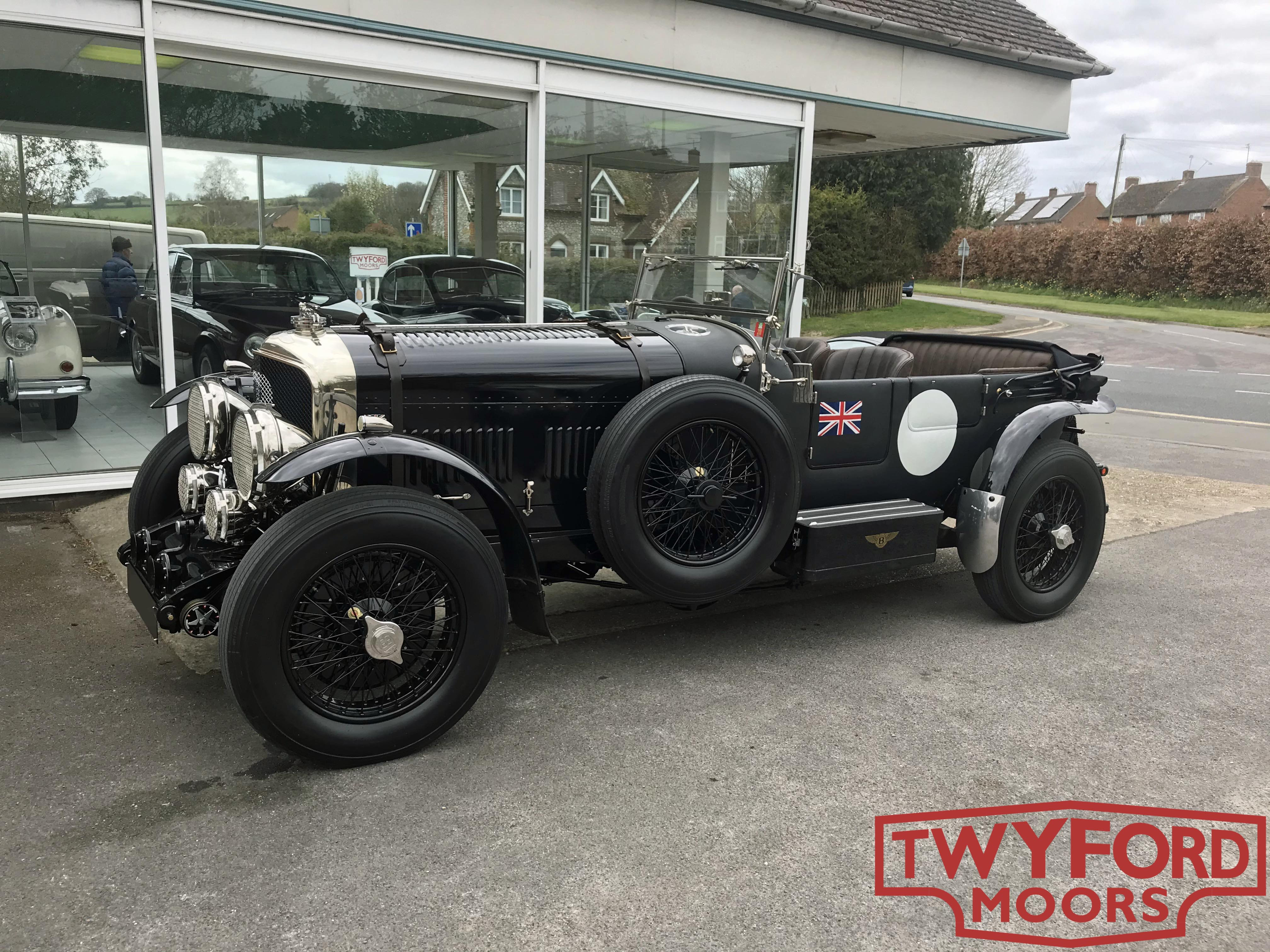 The XK engine has to be one of the finest production engines ever designed. The engine was so far ahead of its time and performed so well when launched that, in combination with the XK120 chassis, it instantly catapulted Jaguar to motorsport success. An XK engine should be smooth, quiet and deliver plenty of low-down power. Often, we have XKs coming in with rather unpleasant rattles. This is frequently due to poorly adjusted valve clearances.
Unlike most other cars of the era with rockers and tappets which are easily adjusted with a spanner and screw driver, the XK engine utilises twin overhead cams. This is no small part of the reason the XK engine performs so well but it does make adjusting the valve clearances rather more challenging. The cams have to be removed so shims can be added or removed to adjust the gaps just so.
This XK120 came into us as the owner was worried about a top end rattle. The valve clearances have now been adjusted and she is running smoothly again. 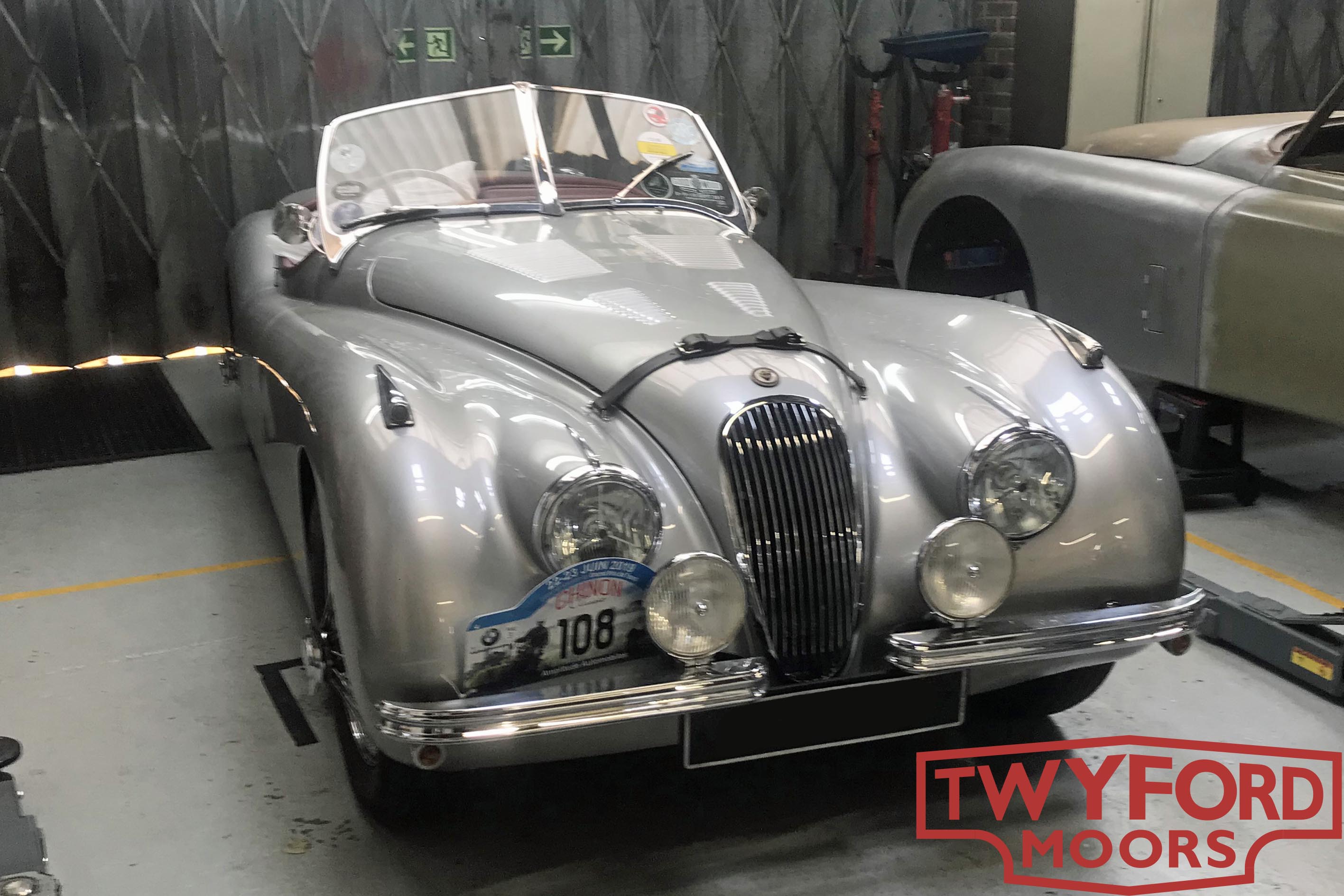