It has been quite a week in the classic Jaguar world. For those of you not in the know there has been a legal dispute between Jaguar Land Rover and a Swedish couple who built a C-Type replica. We will look at this in more detail further down. Philip Porter of the XK Club has also published a very informative article which explains the situation clearly on the Porter Press website which is well worth a read.
Meanwhile things have been progressing nicely in the workshop. We are all delighted that it has warmed up a bit and we can once again feel our fingers. Work on the Jaguar E-Type restoration which we were assessing a couple of weeks ago has started and features in this weeks' update. Beyond that we look at USB charging sockets, a fully restored XK140 DHC, some cars for sale and an XK150 suspension rebuild. 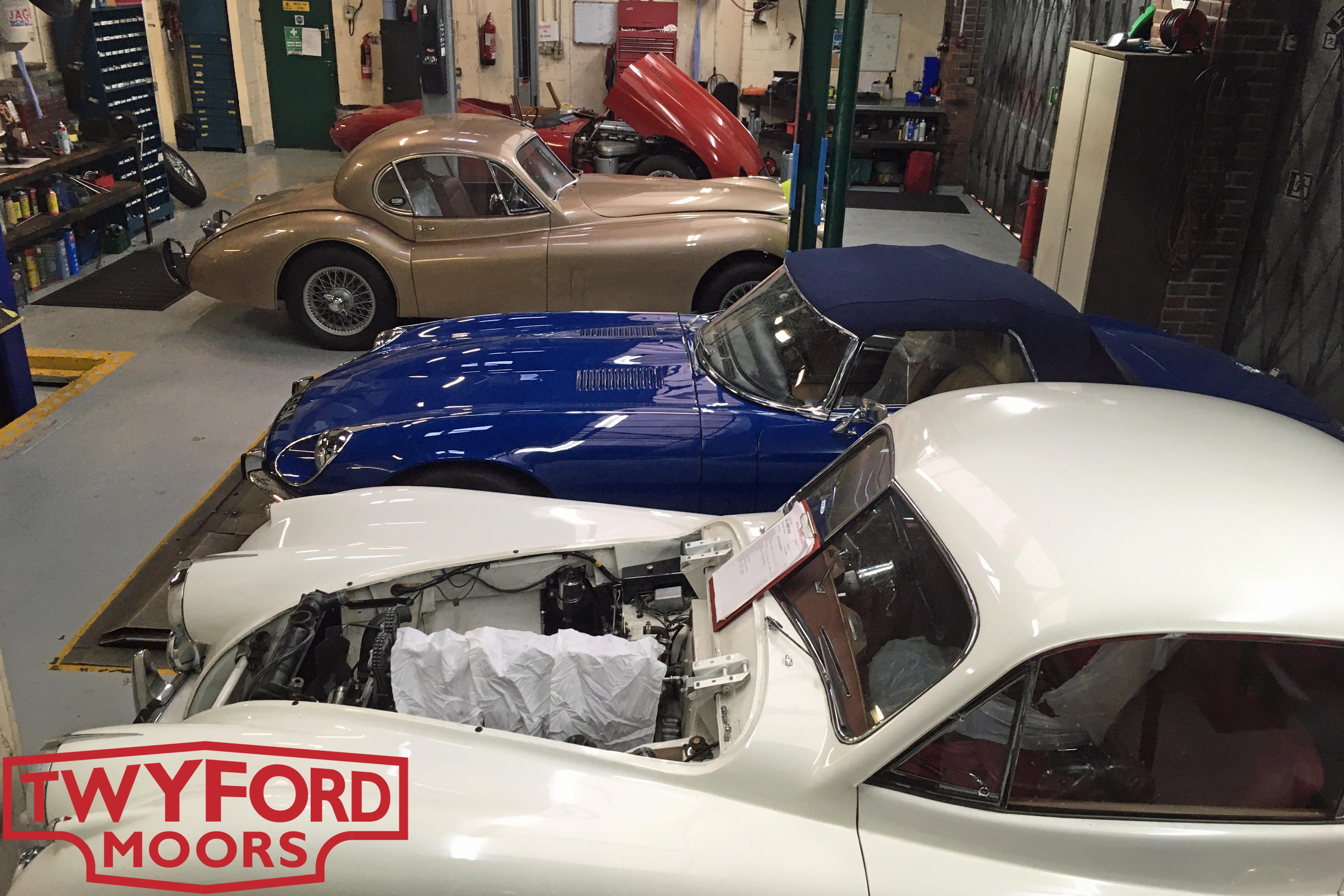 As many of you will have seen on social media the Jaguar replica world has been unsettled by a recent court case in Sweden. A Jaguar enthusiast Karl Magnusson has spent several years building a C-Type replica during which time he was in ongoing contact with Jaguar Classic. Infect he even visited them in the UK, made a presentation and discussed collaborations. He also considered building two further cars to sell to fund his project, a number later increased to six by an agent without consultation.
After several years with no objections to the project JLR changed their position, took Mr Magnusson to court and won. As a result, Mr Magnusson has sold his Jaguar collection to fund the case, is being asked to pay JLRs legal costs of Â£450,000 and is required to destroy his C-Type replica.
JLR has issued an open letter setting out their position on the subject and have said that they will not be perusing individual owners of existing replicas. This does leave many questions unanswered and a great deal of uncertainty for the replica market those who produce replicas and have done for many years.
These are the facts as we understand them. Please read Philip Porters article on the Porter Press website for more detail on the subject. 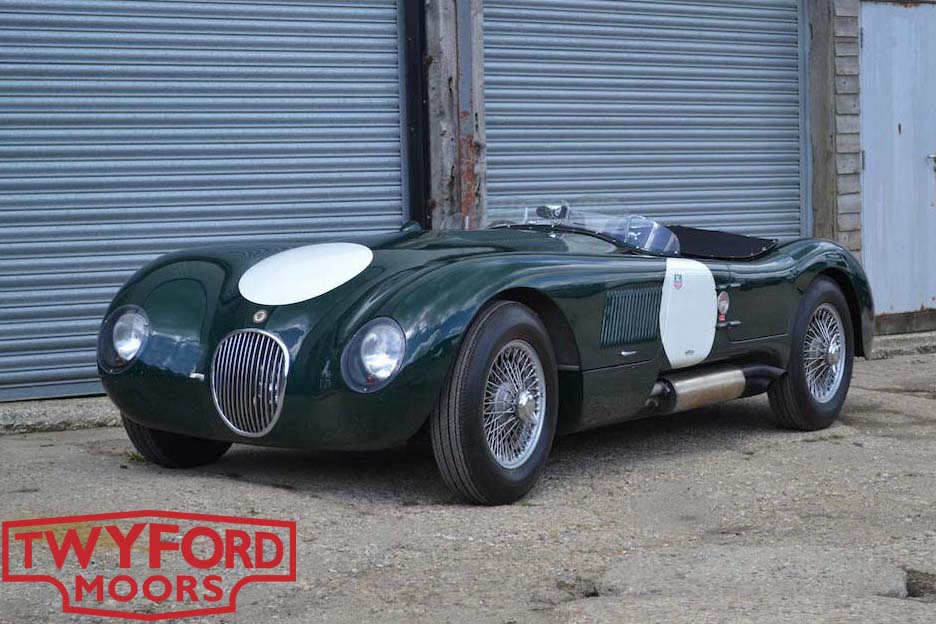 We looked at this lovely Jaguar E-Type a couple of weeks ago when it came in to be assessed ahead of restoration. A programme of work has now been planned out and we are beginning to strip the car down. This is a lovely and very original example and we wish to retain much of that originality. The interior for example will hopefully require very little work beyond cleaning. The engine is however in need of some serious attention and although the car is very solid, the body is in need of some significant cosmetic work.
We will follow this restoration in some detail over the coming months in a separate set of updates. Please watch this space for when these will go live. This will follow a similar format to that used for the XK140 restoration we detailed some years ago. If you haven't already read this please visit the 'full restoration' page on our website. 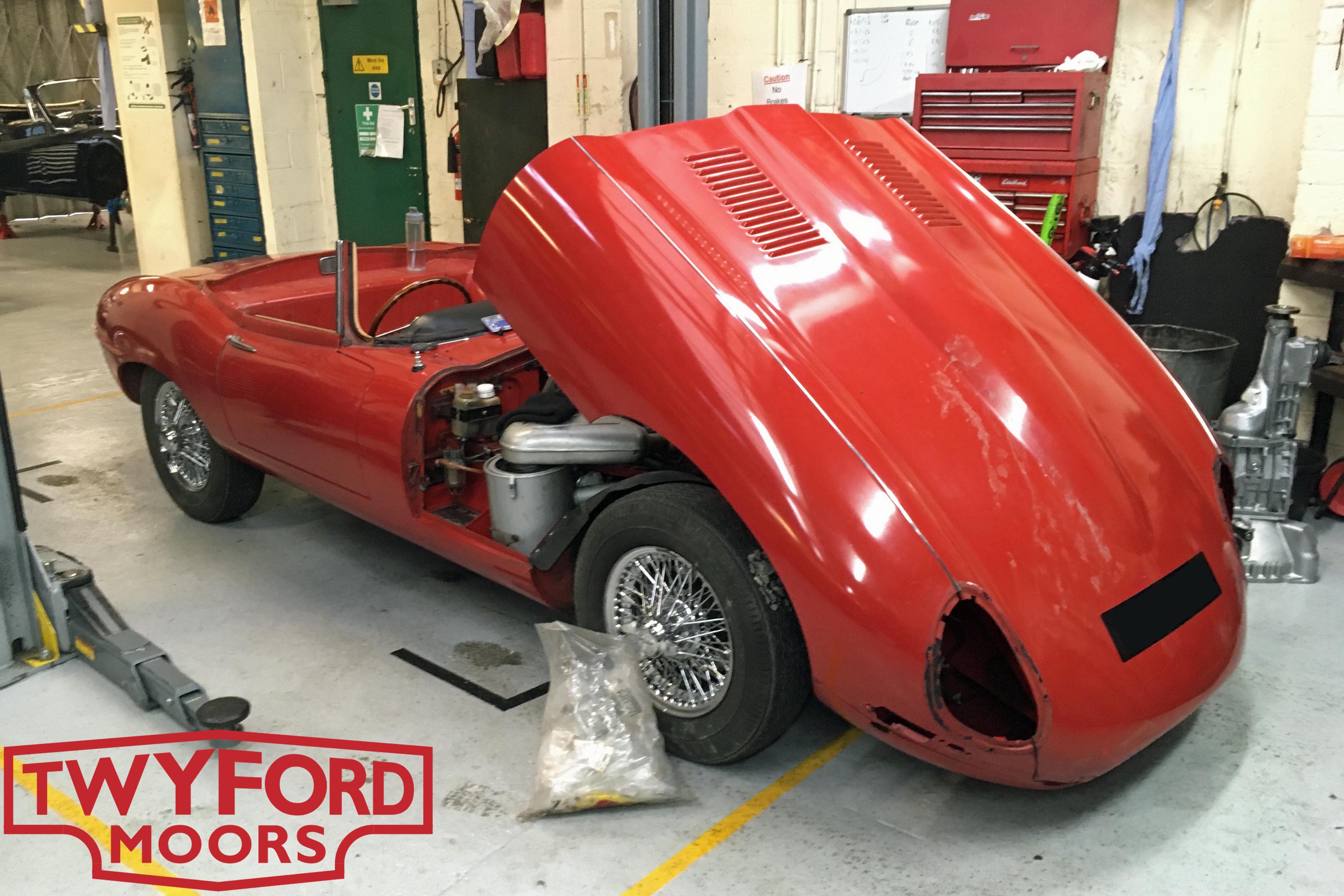 These days being able to charge various devises whilst driving is essential. This might include anything from a mobile phone to a Satnav or even a torch. Original type cigar lighters are not compatible with modern style cigar lighter charging sockets as they are a slightly different design and diameter. A modern cigar lighter which looks original can be fitted in place of the original and can then be used for charging however this can still leave two issues. One is that positive earth cars cannot be used to charge modern items and the dashboard cigar lighter cannot be insulated from the dashboard to be wired in reverse on a positive earth car. The other is that many customers find having a chunky adaptor sticking out of their dashboard in unattractive and also impractical.
Our solution is using these handy little double USB changing points. We fit them in a hidden position usually in the under-dash panel, can wire them into positive or negative earth cars and wire them to come on with the ignition switch. 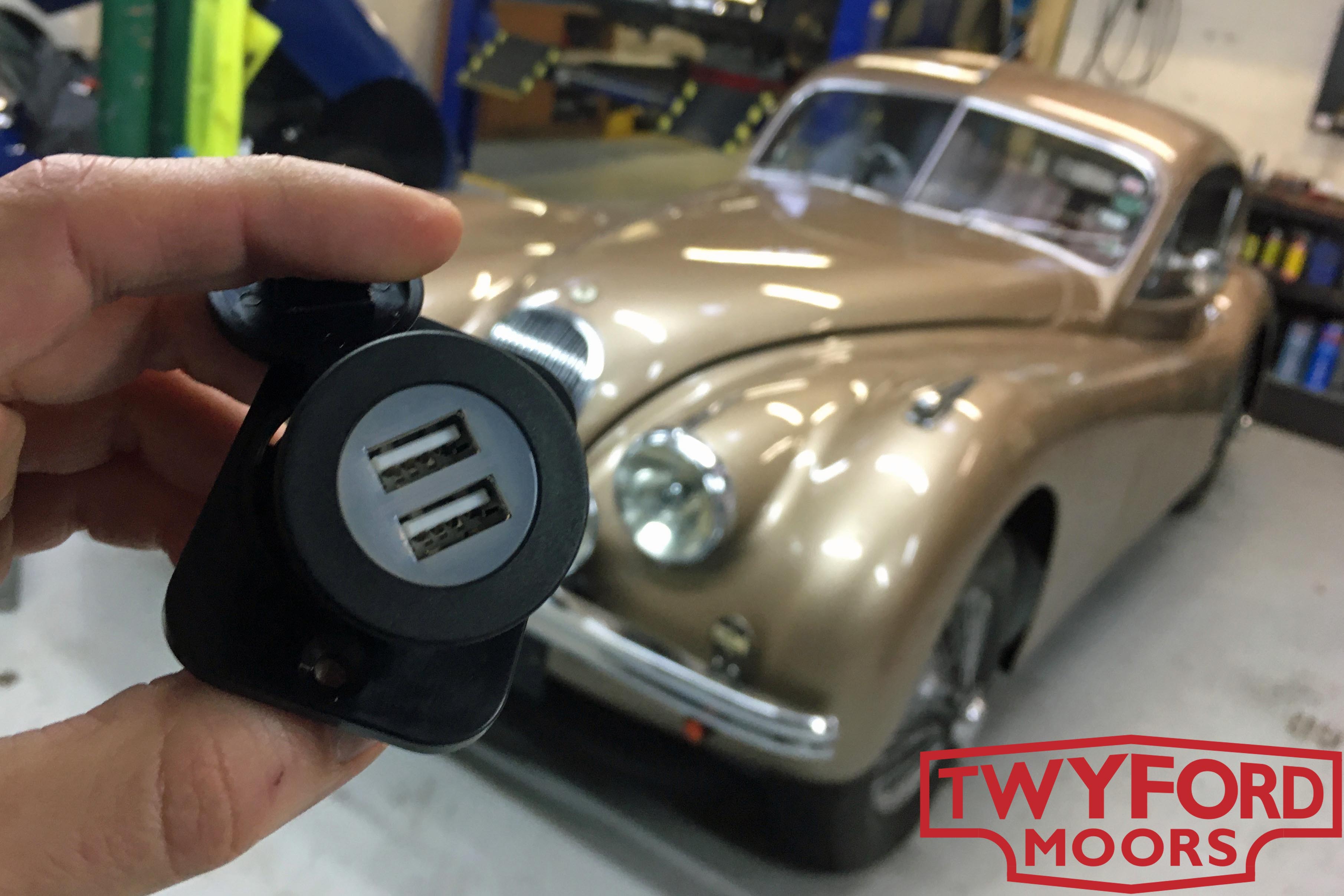 With spring fast approaching we are getting more and more sales calls. We would like to thank all those who have been and are trusting us with their classic car purchase in these difficult times where showroom visits and test drives have not been possible. We continue to assist with the sale of classic Jaguars and can provide detailed photos and video viewings by appointment so please get in touch if you are interested in an XK. We anticipate demand growing as lockdown restrictions hopefully gradually ease and we all make plans to enjoy staycations in the wonderful UK.
Pictured here is a lovely XK140 fixedhead which we have looked after for some fifteen years and know very well. The car has had much work including an engine and gearbox rebuild, has a great history file and offers excellent value for money. 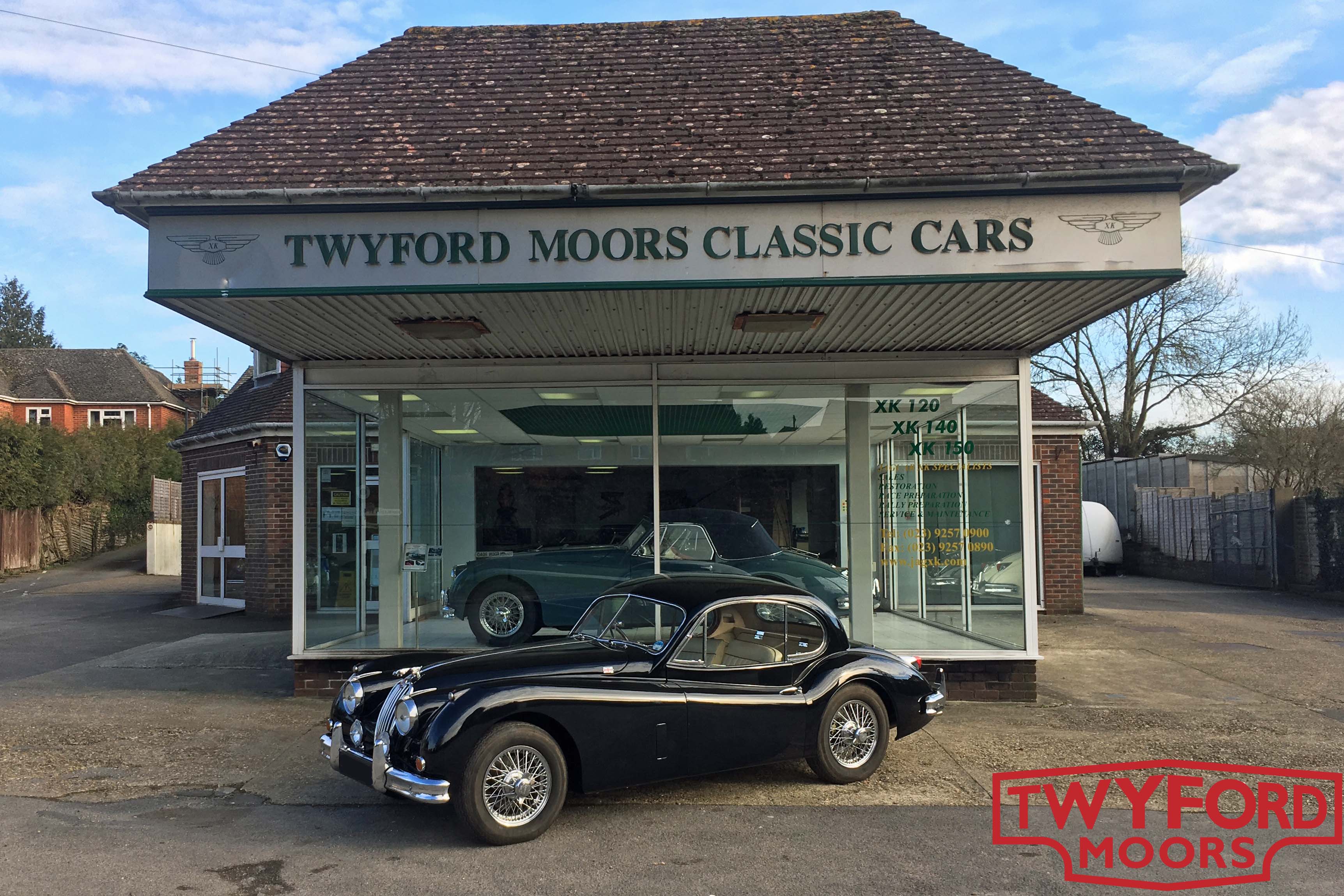 The stunning Jaguar XK140 drophead coupe pictured here was restored here at Twyford Moors some years ago. I recall finding this car in a council lockup in Oxford with the front end of a mini on top of it. We agreed a price with the owner a dragged it out the garage there and then. As it turned out it was incredibly complete and the kind of car you dream of finding. 18 months later it was fully restored and going off to its proud new owner.
The car is now back with us to have bucket seats fitted along with its annual service and MOT. We cherish the ongoing relationships we have with our customers. It is lovely to see the cars we restore mature and come back year after year for servicing. We are proud to see how well these cars last after restoration and how much use they get. 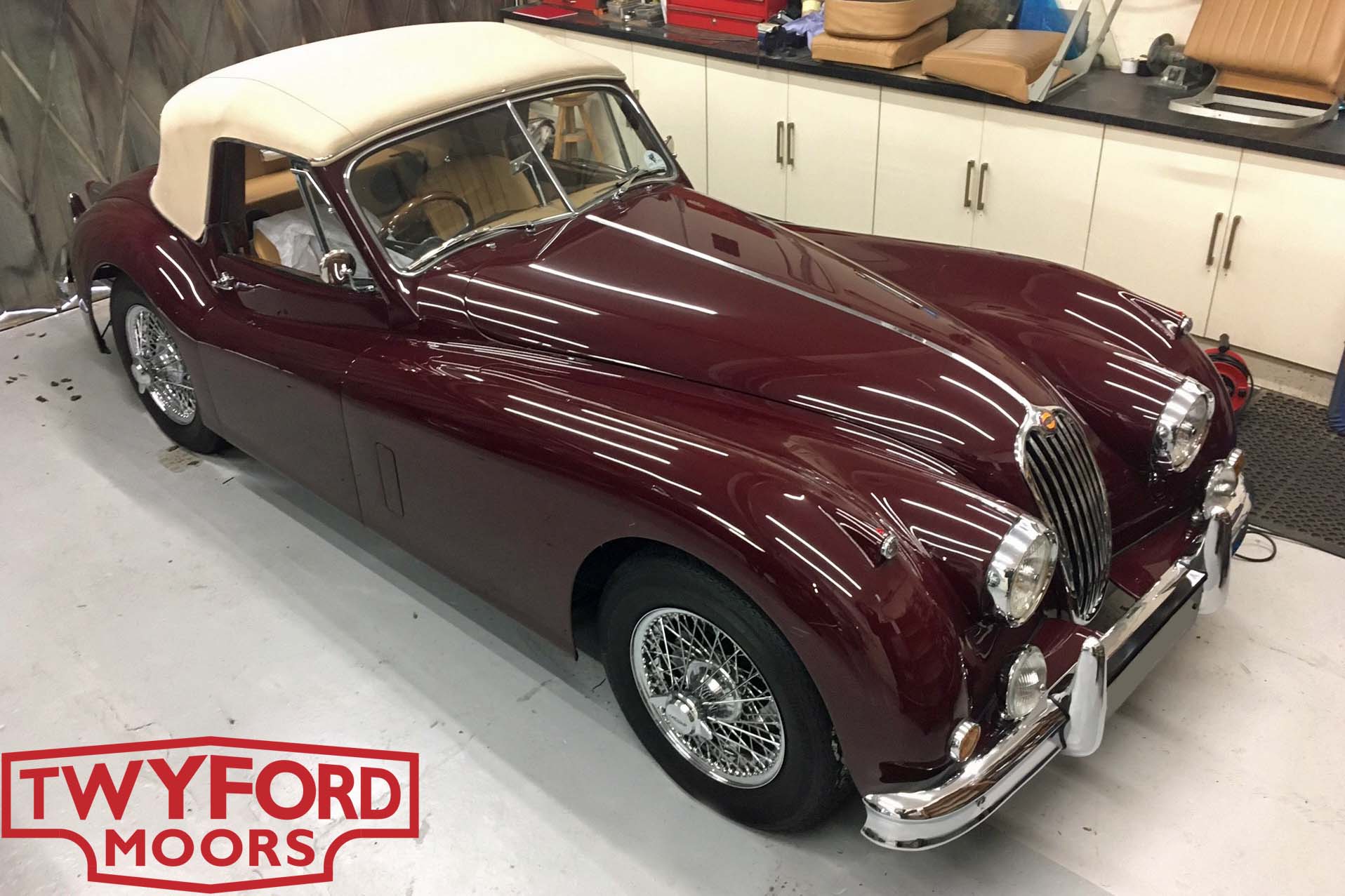 This Jaguar XK150 is undergoing an extensive overhaul ahead of the driving season. The car was restored over 20 years ago but maintenance had been a bit patchy over the last few years leading to a long list of overdue jobs. This week the car is having a full front suspension rebuild as the old suspension bushes were perished. All the suspension has been removed and powder coated. It is now being refitted with polyurethan suspension bushes. These upgraded suspension bushes offer a number of benefits in that they improve both the ride and handling of the car and they do not perish like the original style bushes. The car will drive better, with improved performance, over longer period. It's a no brainer really! If your XK isn't driving as well as it used to, you would like a better driving experience or your bushes are looking like they've seen better days please get in touch to book your car in. 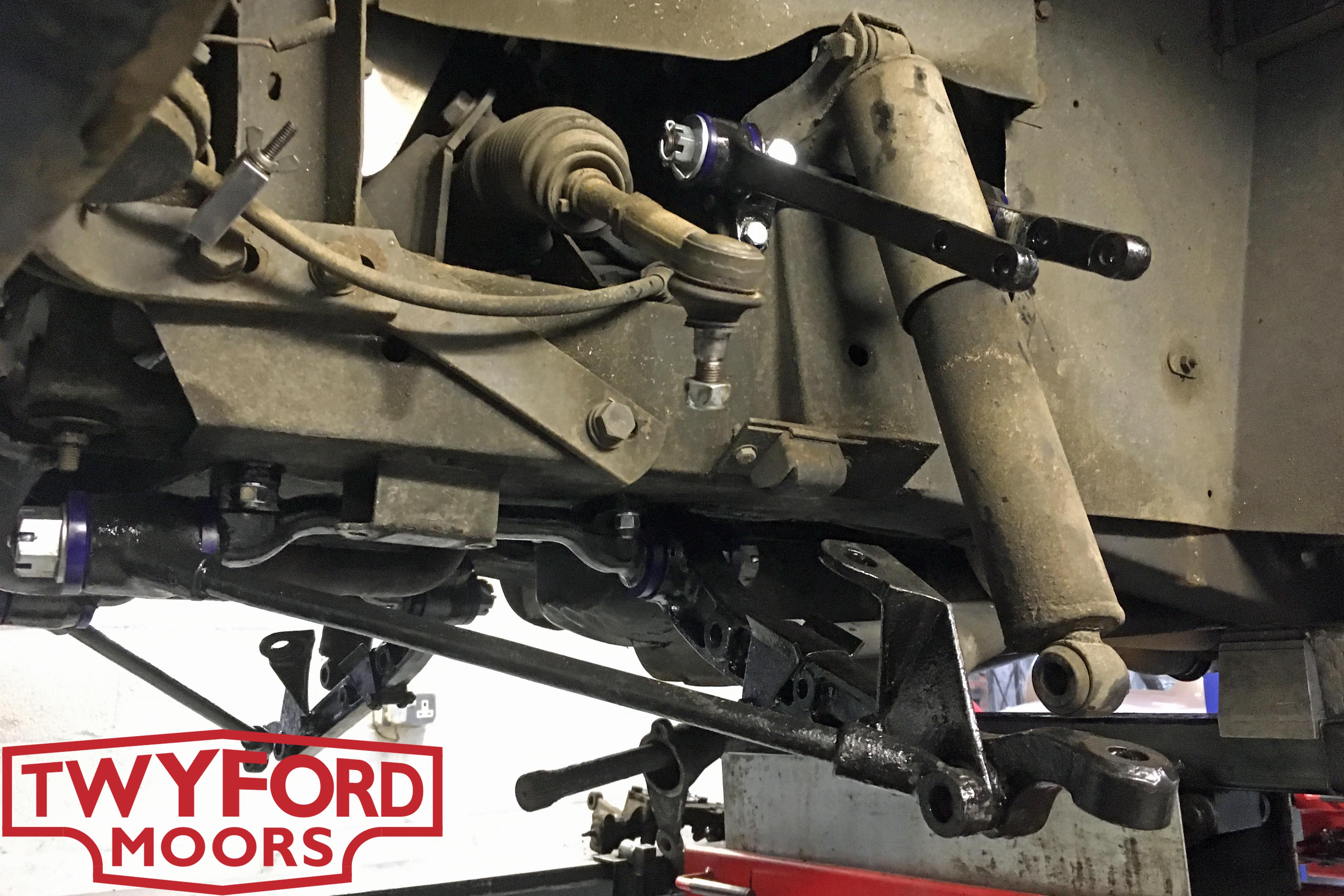