This Jaguar XK140 drophead coupe is an original UK, right-hand drive car. It was first dispatched in September 1955 to P J Eveans of Birmingham before being sold by Frank Grounds of Birmingham. The first owner was a Mr John Moore of Biringham and charmingly the car retains its original Birmingham registration plate of SON 140. By 1963 the car was in possession of a Mr Ralph Connor and in 1964 the car was sold to a Mr Martin Saphir of Golders Green, London via John Ditten Motors. In 1967 this XK changed hands twice, first to a Mr Edwin Fenton still in London and it then traveled a little further south to Surbiton, Surrey and ended up in the hands of a Mr Eric Cavanagh. At some point during this period the cars colour was changed from the original British Racing Green to White/Grey. Mr Cavanagh kept the car in his car all the way up to 1989 when it was purchased by a Mr Blackhall who went on to have the car fully restored to the beautiful condition in which it remains today.

The car was fully restored in the mid 2000s by specialists Classic Restorations of Perth, Scotland. This restoration was completed to a very high standard and included the body shell being taken back to bare metal. The choice to repaint the car in the modern, metallic Jaguar British Racing Green at this time really lifts the car, especially when the sun hits the paint. This was matched with a stunningly re-trimmed tan interior and a green (originally black) mohair hood. The hood is finished with the correct hood chromes and the interior is finished with a wood rimmed Moto Lita steering wheel and colour matched lap belts with chrome buckles.

Mechanically the car has been fully rebuilt and tastefully updated for modern use. A five speed gearbox, front disc brakes and electric power steering make this car a joy to drive. Easy to maneuver in heavy traffic and quick to make its way up though the gears once out on the open road. For reliability the car features an alternator and aluminium radiator.

This stunning XK140 comes was an extensive history file which includes a Jaguar Heritage certificate, the buff continuation log book dating back to the 1960's, a photographic record of the restoration and many bills relating to work carried out on the car. This is a beautifully presented XK which has been upgraded to make it into a perfect car for long trips and touring as well a jaunt to the local classic car show. 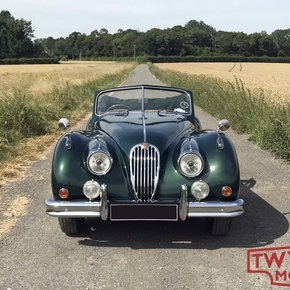 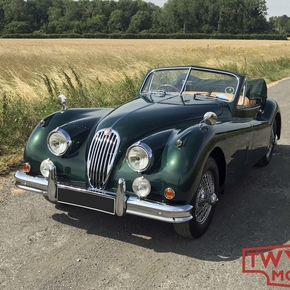 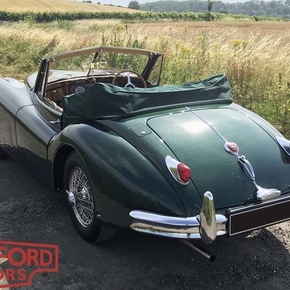 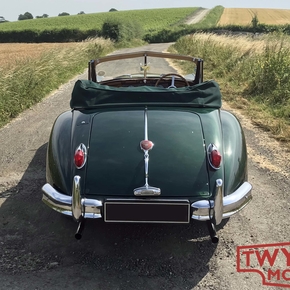 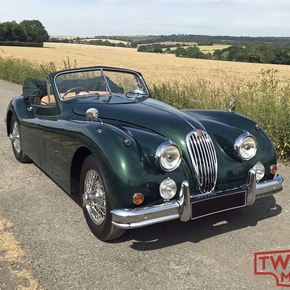 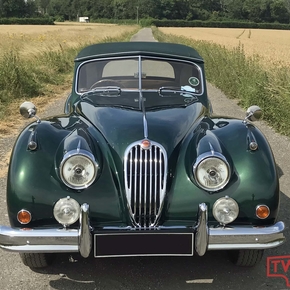 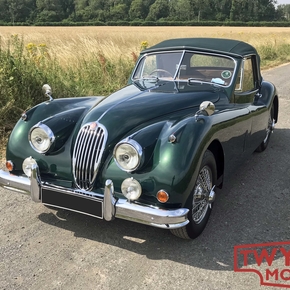 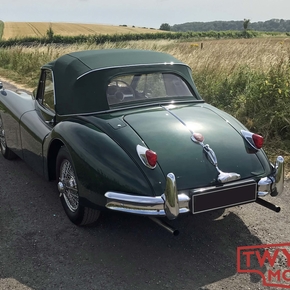 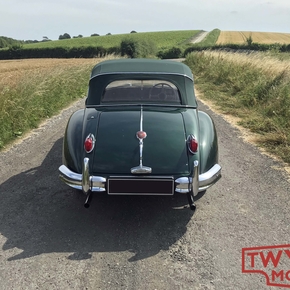 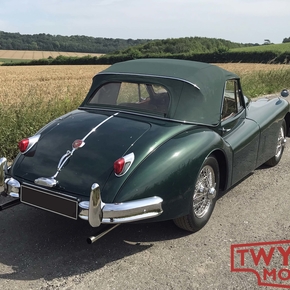 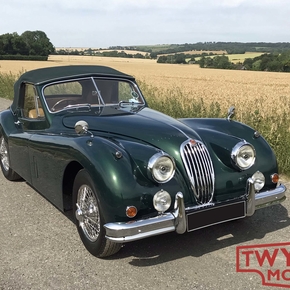 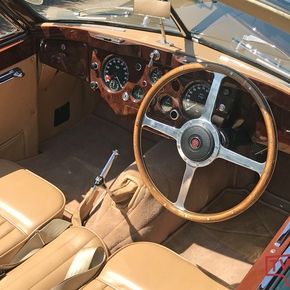 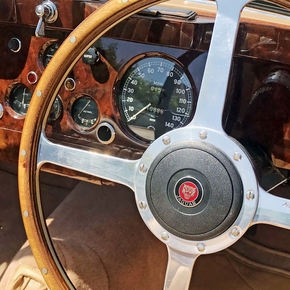