This Jaguar XK120 drophead coupe is one of only 295 right-hand drive models to have been produced. It is an original UK car having been sold through Henlys Limited to a Mrs N. L. Winkfield of Ascot in June 1954. The buff continuations logbook which is included in the cars’ history file records that in 1958 the car was sold to a Mr I W Geggie of Weston Favell, then to a Mr P V Hill of Birmingham in 1960, A Mr R F Aston in 1964, a Mr C R Waters in 1965 and then a Mr G W Church in 1972. It is also recorded that in 1972 the colour of the car was changed from the original Dove Grey to White and the engine had been changed to a 3.8-litre XK engine from a MK2 Saloon.

Little is known about the car after 1972. It was brought by a gentleman in the greater London area in approximately 1980 who restored the car and painted it red. From there it seems it remained in storage until 2011 at which point it arrived here at Twyford Moors for sale and in need of recommissioning.

In 2011 the car was purchased by its current custodian who wanted to partially restore the car in order to bring it up to the specification he desired and a colour scheme of his choice. At this time the car had a full respray thought it was not necessary to remove the body from the chassis. The car was resprayed in Metallic Pastel Blue and retrimmed with a two-tone blue and grey interior and a blue hood to finish it off. A fully rebuilt 3.4-litre engine from a MK7 saloon was fitted along with a five-speed gearbox. The car was also fitted with an extended pedal box and a smaller wood-rimmed steering wheel to increase the interior space for taller drivers. The car benefits from many other upgrades including disc brakes, an alternator, electric cooling fan, electric power steering, inertia seat belts, a hidden radio and much more.

This is a very rare, well-presented and practical classic car. It drives beautifully and can cruise at motorway speeds effortlessly. It features all the upgrades one could desire for safety and reliability making it an ideal car for touring. 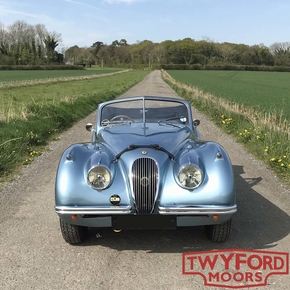 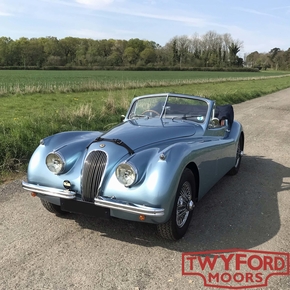 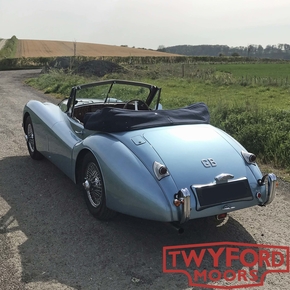 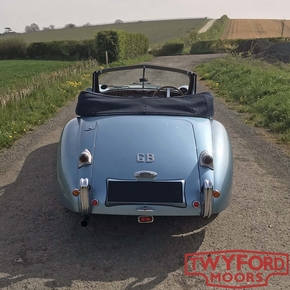 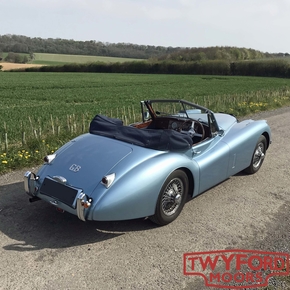 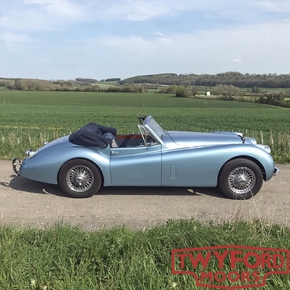 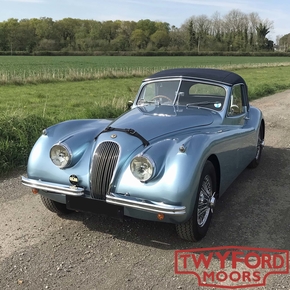 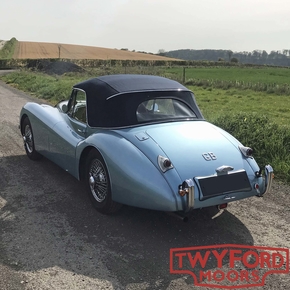 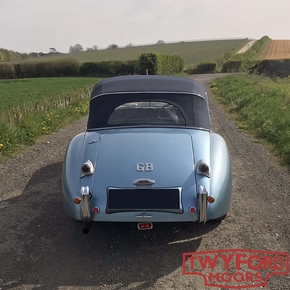 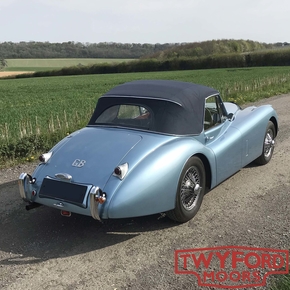 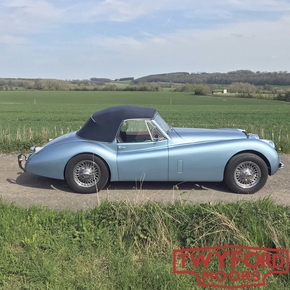 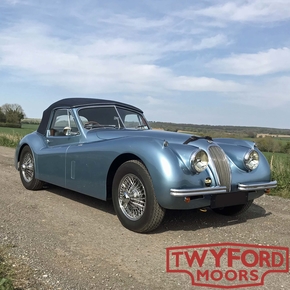 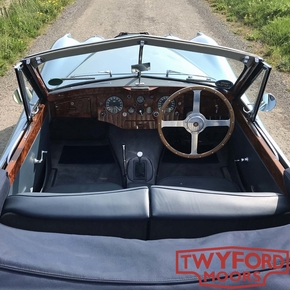 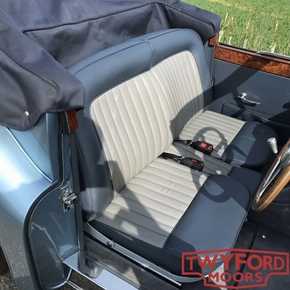 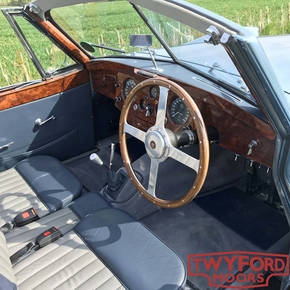 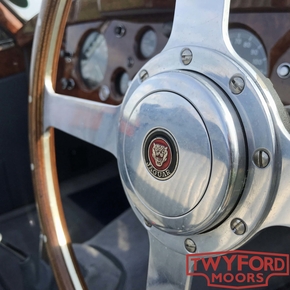 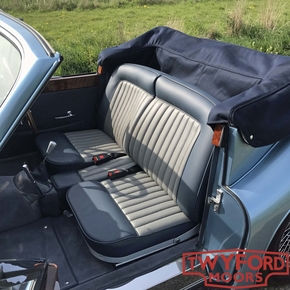 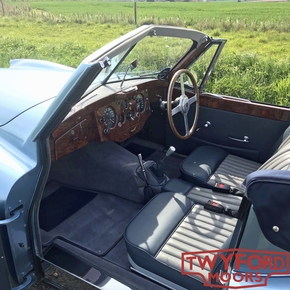 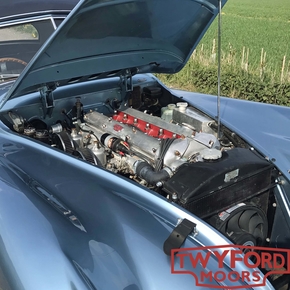 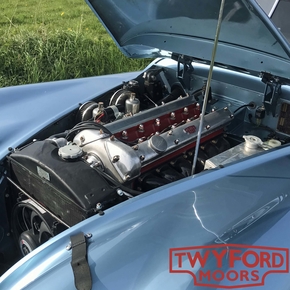