One of only 195 right hand drive Jaguar XK120 FHC's produced this original UK, matching numbers car is a rare car indeed. More unusual still is the metal sunroof which is believed to have been factory fitted.

This XK120 was manufactured in February 1954 and dispatched to Appleyards dealership in Leeds. The car was first registered 'NWT 216' which relates to the West Riding of Yorkshire. The car went through various owners over the years until it found itself in need of restoration in the late 1970's. It was purchased by a Mr Cheeseman of Cumbria in 1981 who set about a full nut and bolt restoration to a very high standard. Mr Cheeseman kept the car to a very original specification retaining the steel wheels, spats and the very unusual sunroof. The car remained in Mr Cheeseman's care until he passed away in 2014.

The car today has been well maintained and has some charming patina as a result of being an older restoration.  It is unusual to see an XK120 still running steel wheels and spats and this originality makes this a rare and charming car. The metal sliding sunroof is beautifully engineered and looks very similar to that fitted to Jaguar saloons of the time. We have never seen another XK with a sunroof of this type but the quality of work and the engineering lead us to believe that this must have been factory fitment.

This is an opportunity to own a very smart, original and unique XK120. The car is of such interest that it was even the cover feature of Classic Jaguar Magazine as can be seen in the photos. 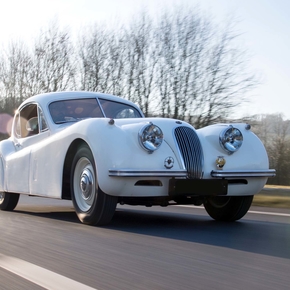 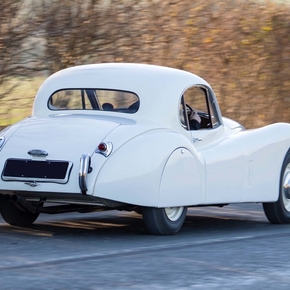 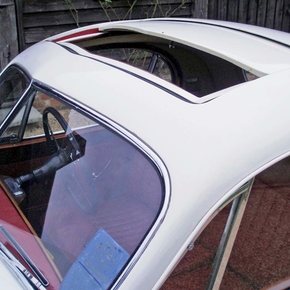 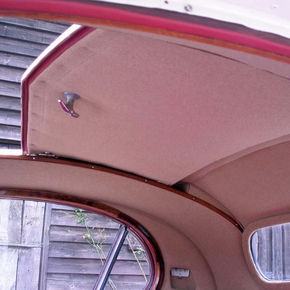 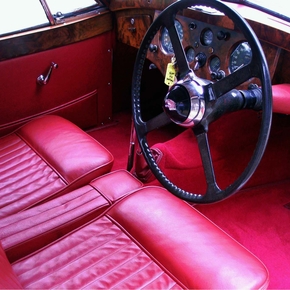 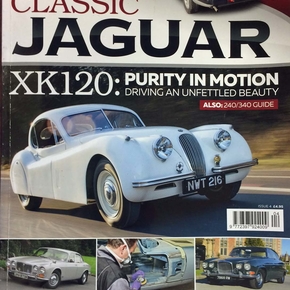