This extraordinarily rare and desirable Jaguar XK150 3.4 S was originally dispatched to Carr's Cars of Warminster in 1959. The car was sold to a Mr L Williams of Frome, Somerset. No official production figures are available for the XK150 S but it is generally understood that one hundred and four 3.4 S drophead coupes were produced of which less than fifty and perhaps as few as nineteen were UK right hand drive cars.

This particular XK150 S underwent a full nut and bolt restoration at Twyford Moors between 2004 and 2005. The car has since been used extensively by the current owner for touring (particularly in Europe) and has been meticulously maintained by Twyford Moors throughout this period. During restoration this XK150 was extensively upgraded for modern use and touring. These upgrades include a five-speed gearbox, uprated front brake callipers, electric cooling fan, header tank, alternator, hydraulic power steering, polyurethane suspension bushes and adjustable gas shock absorbers. The car also benefits from fast road specification engine built by Sigma Engineering.

Stunningly presented with Indigo Blue paint, chrome wire wheels and a dark blue hood this XK oozes 1950's charm. Inside this XK150 has been trimmed in red and upgraded with bucket seats, seat belts, walnut dashboard and a Moto Lita steering wheel giving a feel of comfort and luxury.

This wonderful and extremely rare car is in excellent condition and ready to be used and enjoyed. It would make an ideal touring car as it can comfortably cover many miles a day and will turn heads at any classic car show. 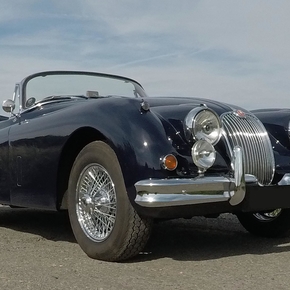 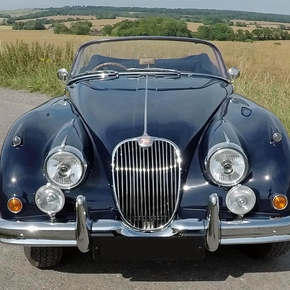 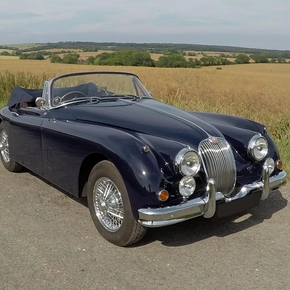 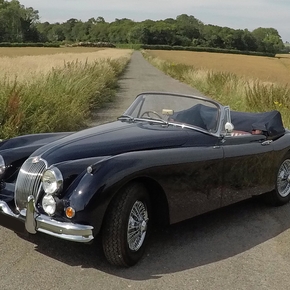 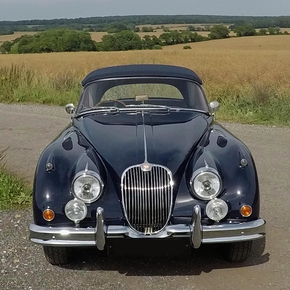 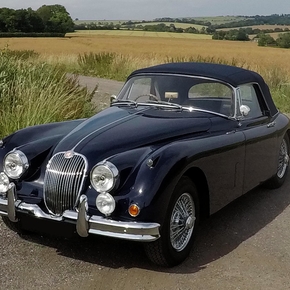 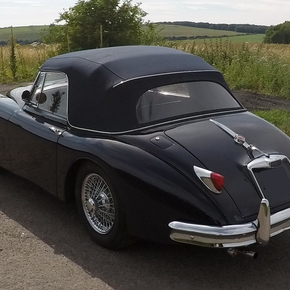 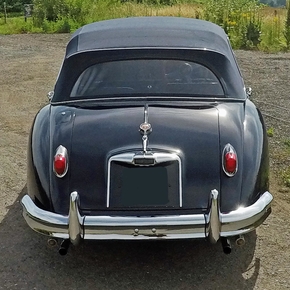 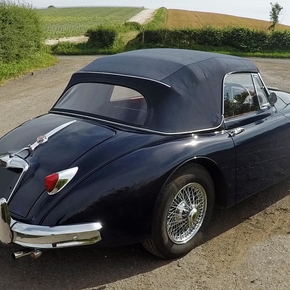 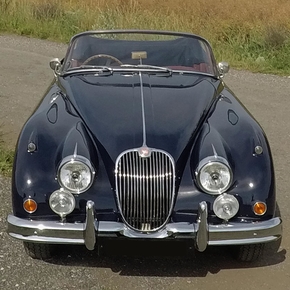 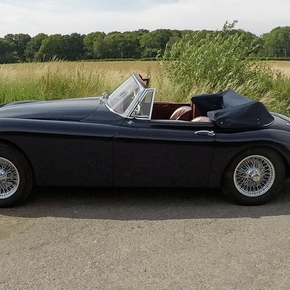 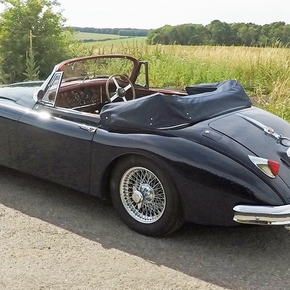 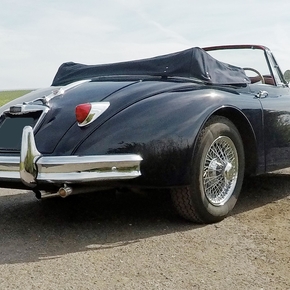 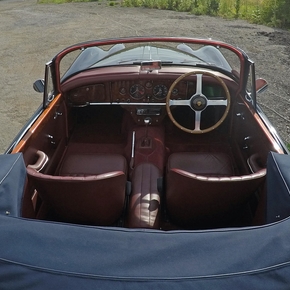 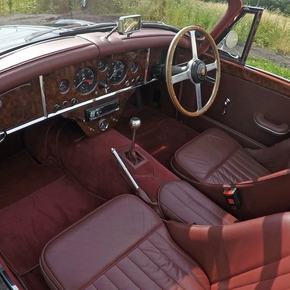 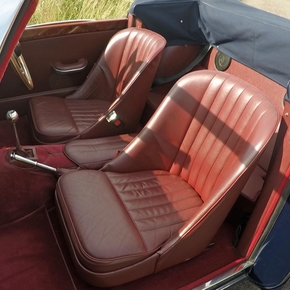 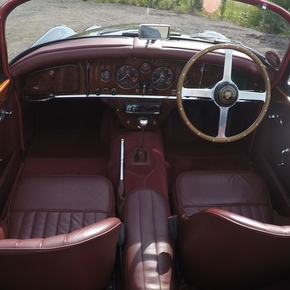 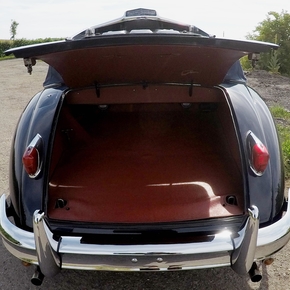 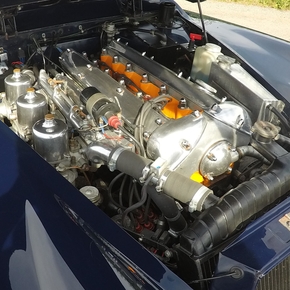 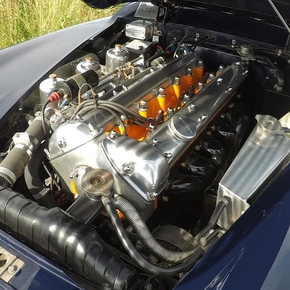 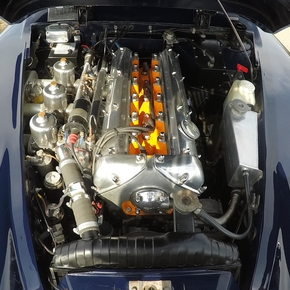