This Jaguar XK150 drophead coupe was originally exported to Canada but has since been returned to the UK and converted to right-hand drive.

The car underwent a full nut and blot restoration in the early 1980's which was undertaken but the then owner Stanley Higgins at his Jaguar restoration business in Canada. When Mr Higgins retired the returned to his native Guernsey and took the XK150 with him.

In 1997 the Mr Higgins sold the car and as part of the sale converted the car to right-hand drive as well as undertaking an extensive mechanical overhaul of the car. From there the car was imported into the UK where it has remained since.

In more recent years this well looked after XK150 has been given a few choice upgrades to improve reliability and make the driving experience even better. She remains a very smartly presented motorcar and the Old English White paint with the Blue hood really make this XK a head turner. 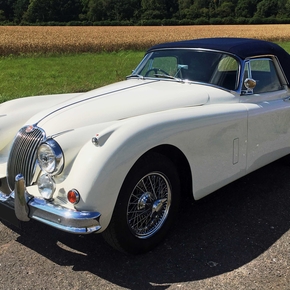 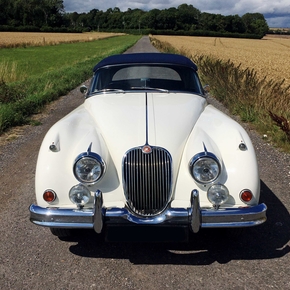 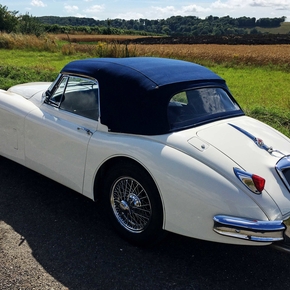 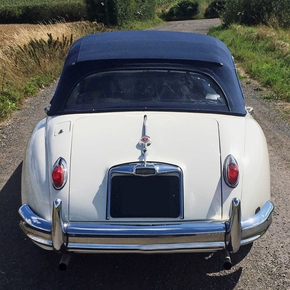 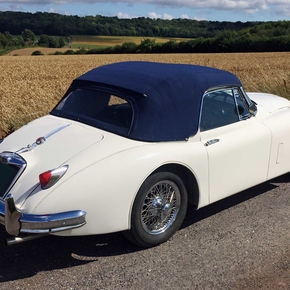 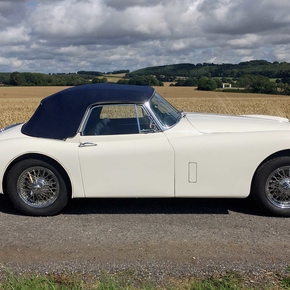 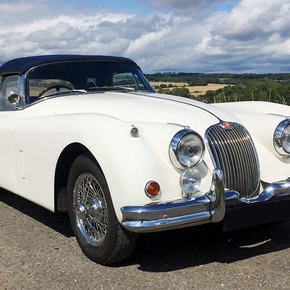 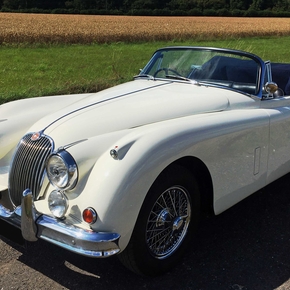 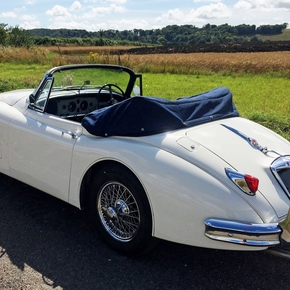 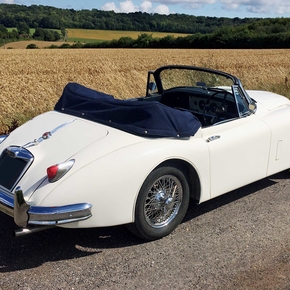 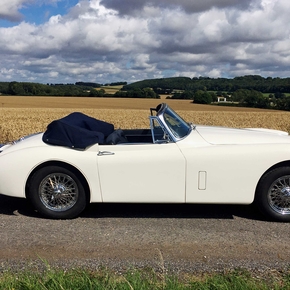 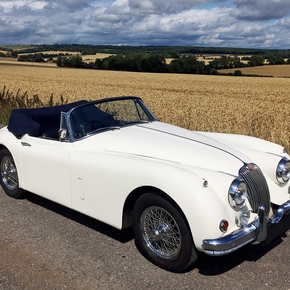 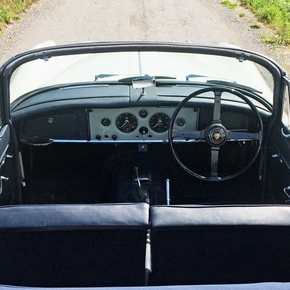 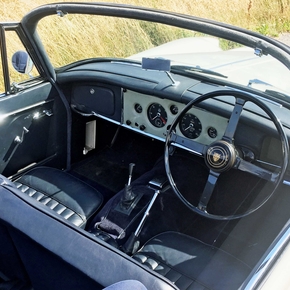 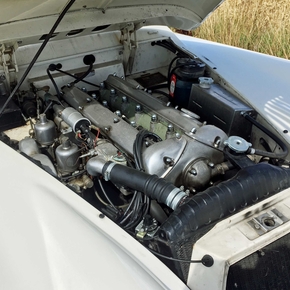