This Jaguar XK150 drophead coupe features the rare Borg Warner automatic gearbox and is a genuine special equipment (SE) car. It is an original UK, right-hand drive car. Originally sold by Henleys of London in January 1959 (though the car was built in 1958), the first owner was Lows Calculators Ltd of London NW1.

The car has been with its current owner since 2008. In 2011 the car was taken to well respected Jaguar restorer Tim Waddingham for a full body off restoration. This restoration is recorded in some detail in the history folder. At this time the engine and gearbox were both rebuilt along with a full rewire and re-trim. The car is now finished in its very attractive original colour scheme of Sherwood Green paint with a Suede Green interior.

During its restoration this XK was upgraded to be more usable in modern driving conditions. The car features uprated front brake calipers, an alternator, electric cooling fan and expansion tank for the cooling system. The interior has been improved with the addition of bucket seats, seat belts and a wood rimmed steering wheel.

This XK150 is a delight to drive. The automatic gearbox (rebuilt by Graham Whitehouse Autos) is smooth and makes the car very relaxing to drive. When you push the accelerator all the way down the kick-down operates perfectly delivering a surge of acceleration from the smooth 3.4 litre engine. The car is wonderfully civilized to drive at crusing speeds but is equilly happy to be pushed along though winding country roads. 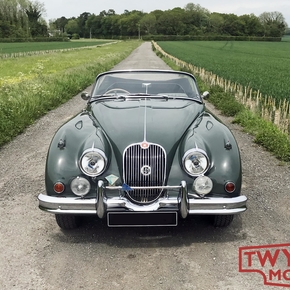 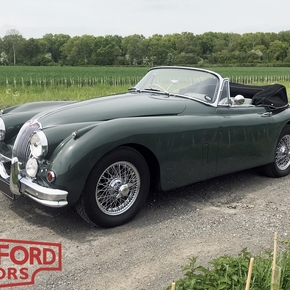 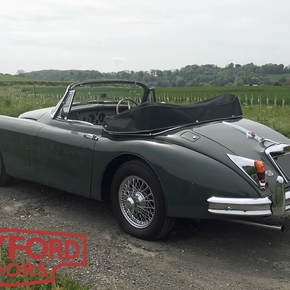 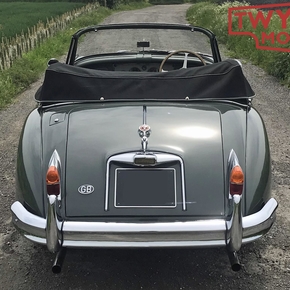 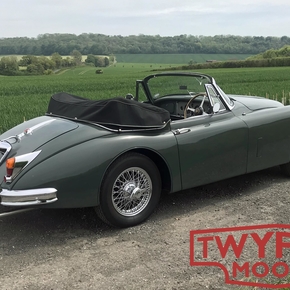 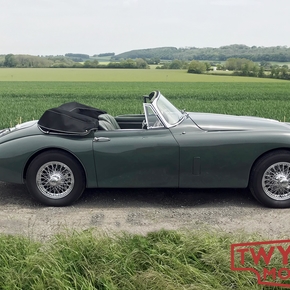 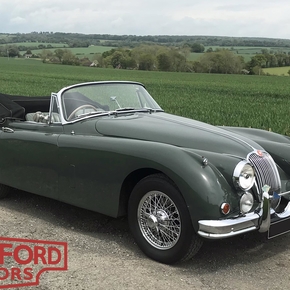 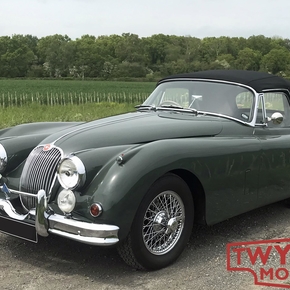 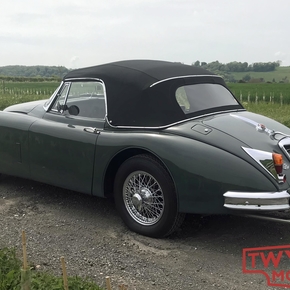 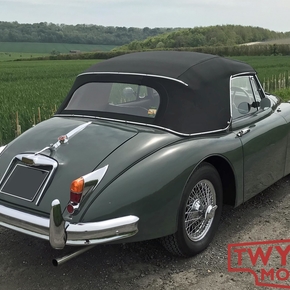 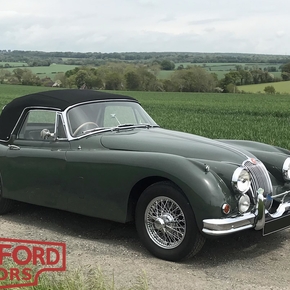 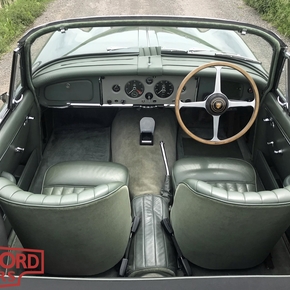 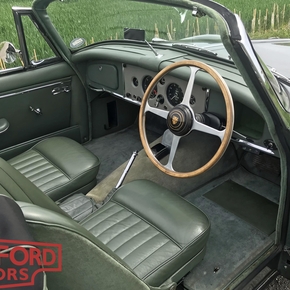 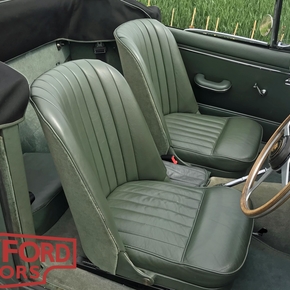 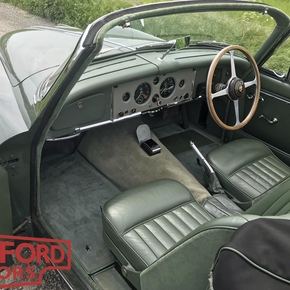 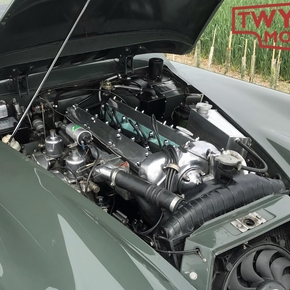 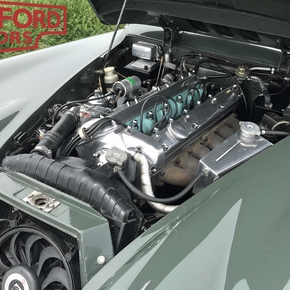