This original right-hand drive Jaguar XK150 drop head is a UK SE specification car.  It was restored in the 1990s and has since been cared for to the highest standards.  It has since been extensively upgraded and used for countless European and UK tours and events.

The car was manufactured on July 10th 1958 and sold by Henlys UK later in the month.  It was finished in British Racing Green with a Tan interior and still retains its original colour scheme along with its original registration plate.

In 1982 the car was purchased by Mr Colin Bennett of Essex who set about a full nut and bolt restoration, this work was detailed and to a very high standard taking a full sixteen years and was only finished in 1998.  This restoration process is detailed in the history file along with a set of photos showing the quality and detail of the work carried out.

The car was then used sparingly by the owner who commissioned the restoration and had covered only about 4,000 miles when it came to Twyford Moors to be sold in 2004.  The car has been in the ownership of one of our customers for the past seventeen years and has been used by the owner for tours and events throughout Europe and the UK, many with the XK Club and private groups.  Indeed the car, "PRD", is very well known in XK circles and has proven itself to be one of the most reliable and competent XKs for touring on the road.

In 2007 the car had a Fast Road Engine built for it and installed by Sigma Engineering.  The engine remains a 3.4 litre unit, with cylinder liners, a Peter Lander Straight Port gas flowed head with triple HD8 SU carburettors.  With this engine the car is very quick and handles well.  The new engine has covered about 52,000 miles since fitted.

This XK has returned to Twyford Moors every year for regular servicing and maintenance since 2004, so we know her very well indeed.  The original Moss Gearbox with overdrive is in good order and provides smooth gear changes and excellent cruising speeds with the overdrive engaged.  The car has been upgraded for safety and comfort and it is a very good long distance cruiser.  A detailed list of the upgrades follows.

Today this XK remains in excellent condition which is a testament to the quality of the original restoration and the care it has been given by its owner.  The car drives extremely well and is well suited to any tour or rallies the new owner wishes to do. 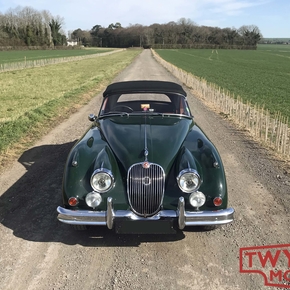 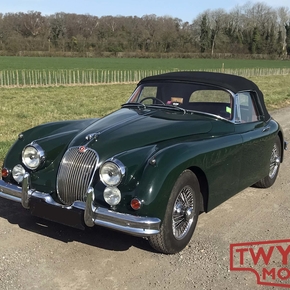 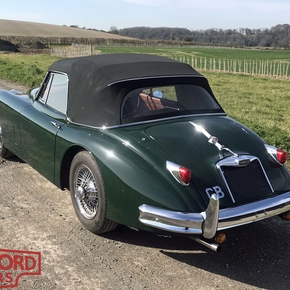 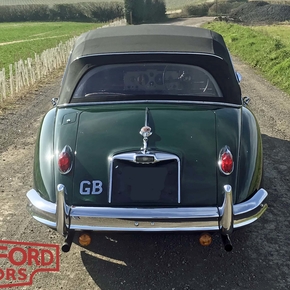 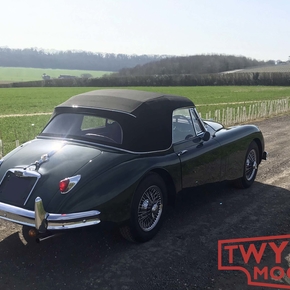 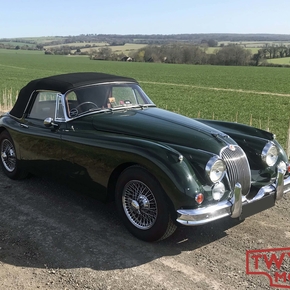 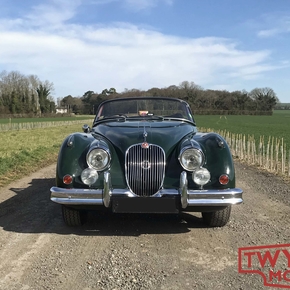 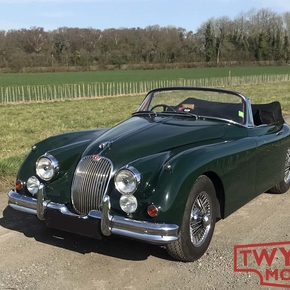 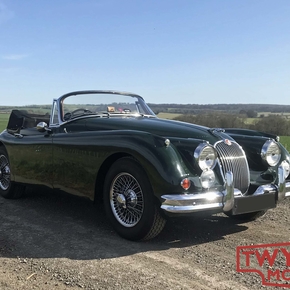 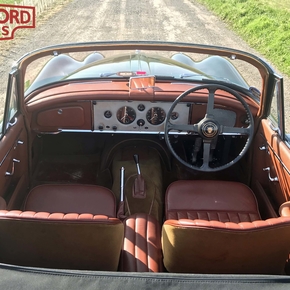 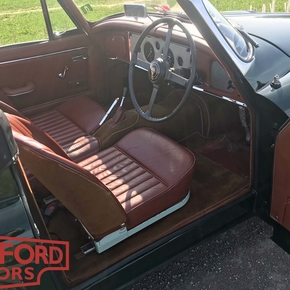 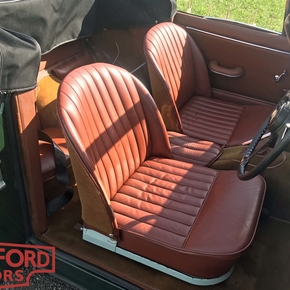 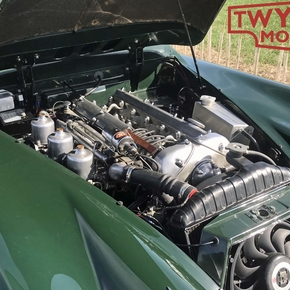